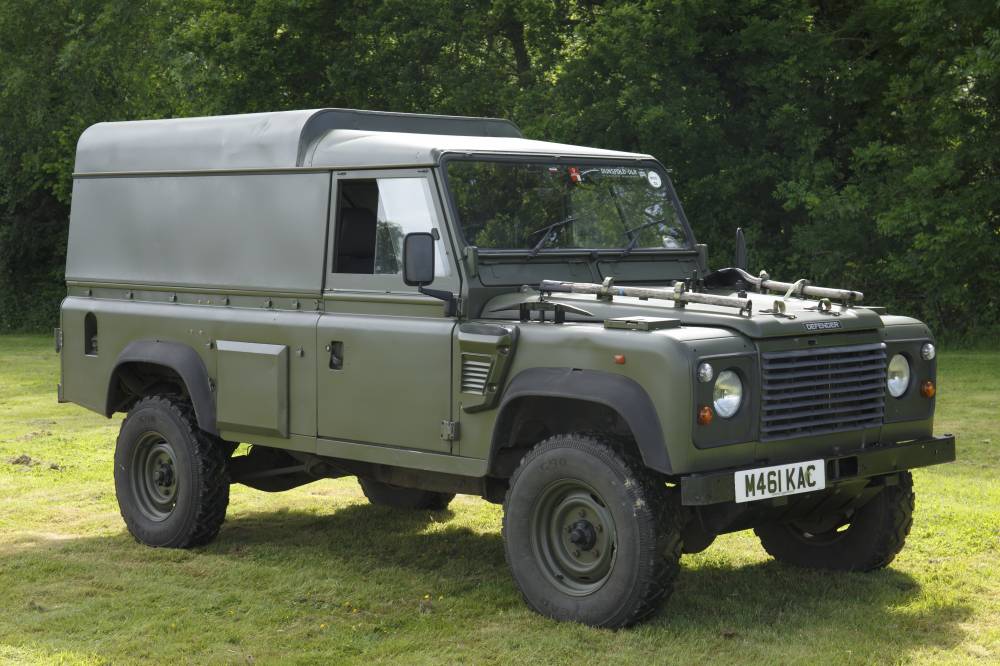 Vehicle spec:
In 1994 the MoD had a requirement for a heavy duty Land Rover. Three basic types were procured: a 90”, 110” and 127” ambulance version. The factory codename for the project was ‘Wolf’. This 110” TUM (Truck Utility Medium) is one of the oldest surviving prototypes.

The vehicle has many non-standard features, the most obvious of which is the custom high roof hard top. The vehicle remained with Land Rover Engineering until its trial days had come to an end and then went to Chassis and Axle Engineering where it was used as a data retrieval rig – hence all the odd wires and clips that can still be seen on it today. At that time it would have been loaded with computers and assorted data retrieval equipment in the rear.

It came to the Collection in 2001 without axles, exhaust and many smaller but no less important bits. Our friends at the factory were very helpful in sourcing the correct parts to allow us to get this unique vehicle back on the road.

Although it has apparently covered only 8,000 miles, we have to ask ourselves just how hard those miles have been!