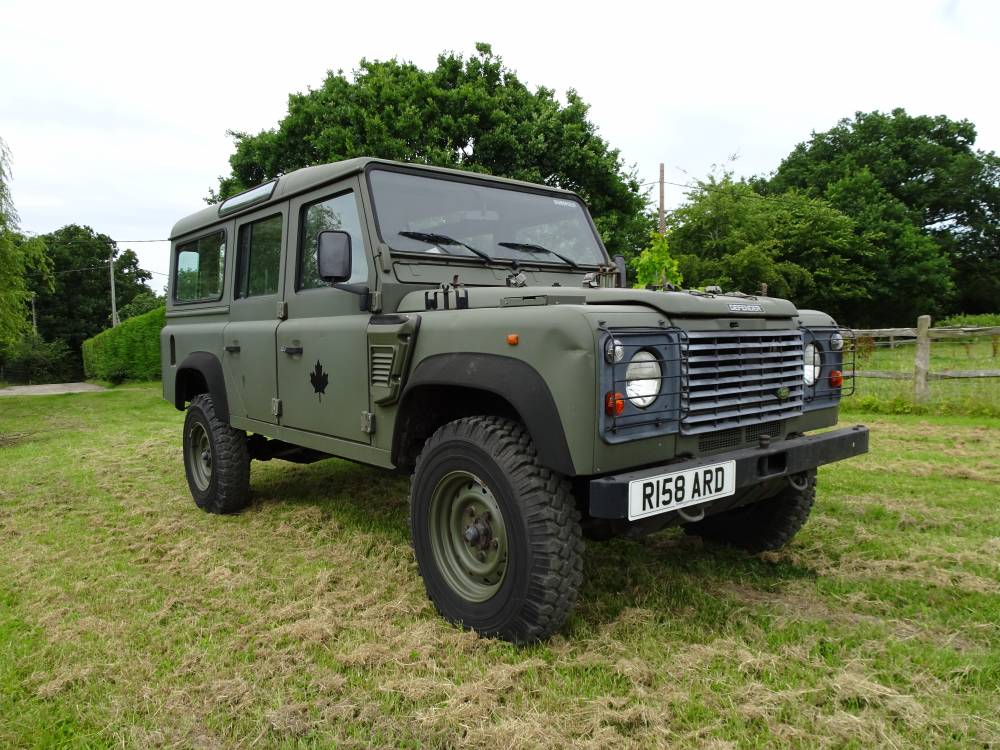 Vehicle spec:
This 110 Wolf LHD was built by Land Rover in early January 1998 as trials vehicle for the Canadian military and is the only one built.

We believe it was evaluated in Canada as an LUV (Light Utility Vehicle) and there is evidence of mock-up internal armour made of MDF which covered all the personnel areas. However, the odometer shows only a few hundred kilometres so it is equally possible that the trials never actually happened!

After we acquired it we decided to register it for the road although this turned out to be rather more complicated than we thought. After submitting it for an SVA test we eventually succeeded.

It remains a completely one-off vehicle.