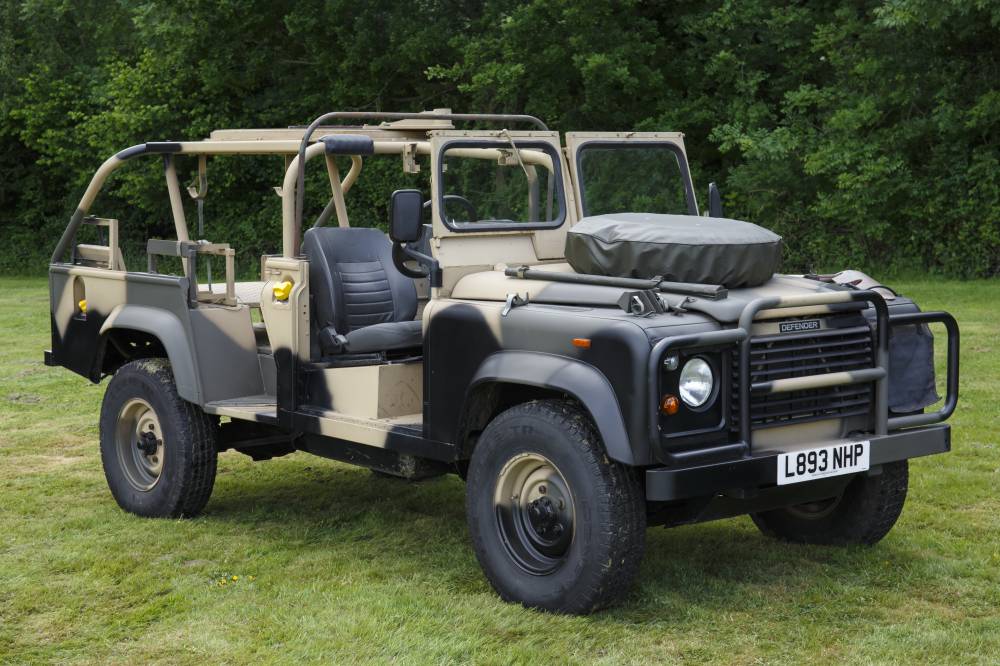 Vehicle spec:
This interesting 110” was one of three vehicles built around the US Rangers contract but it was not accepted by the US Government.

The US authorities did take delivery of the 200TDi but with slightly different body style. This vehicle was then adapted as a trials vehicle for the Malaysian Army bid in 1993 but was not accepted. The Malaysian number plate is still evident in the rear.

The vehicle had been standing in a compound for some eight years before finding its way into the Collection. We had to fit a clutch, new tyres and carry out a full service to get it up together. The paint work has been renovated to duplicate the original finish.

We believe the vehicle was built by Marshalls of Cambridge but this has yet to be confirmed.

This vehicle was one of the first to have adopted the roll cage/gun mount system which is now standard on Special Operations Vehicle (SOV) variants.