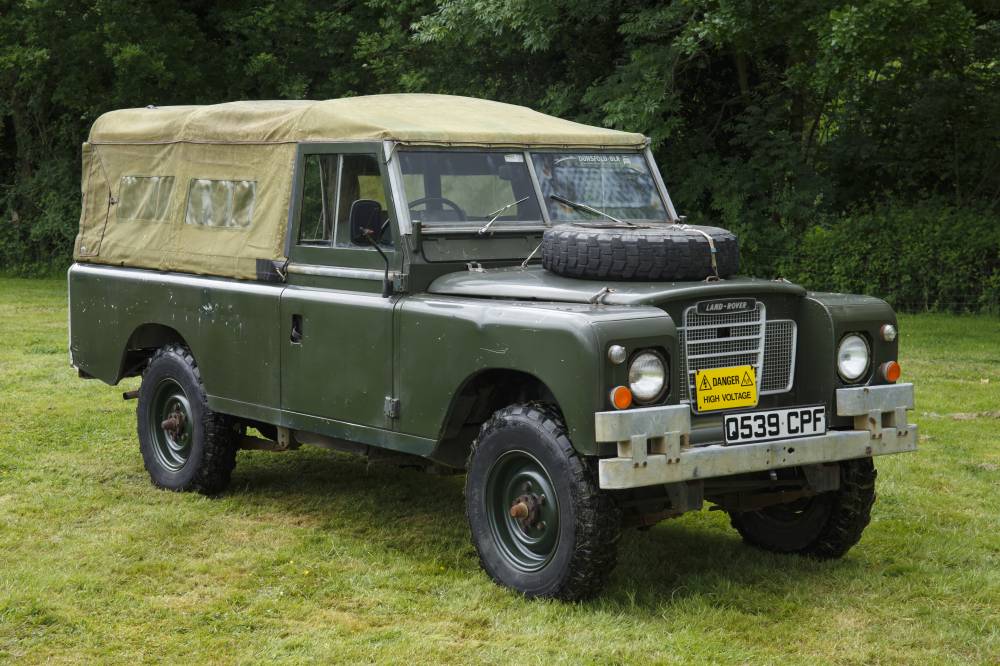 Although on first impressions this looks to be a standard Series 111 109” military Land Rover, there is an important difference. The engine and running gear are in place but the back is packed with eleven aviation-type gel sealed batteries connected to produce 216V and there is an electric motor driving the PTO point on the gearbox.

The vehicle dates from 1975 but the conversion was carried out in 1993 at DERA Land Systems at Chertsey as a trials vehicle for use in Northern Ireland, the obvious attraction presumably being the potential for silent running.

Flicking a switch on the dash and engaging the PTO swaps power from petrol to electric. The brakes use an electric vacuum pump and drive is broken by a switch on the brake pedal pad. There is a rheostat on the throttle pedal which controls the current.

We understand that three of these were built and tested, the other two being Defender-based, but they never went into production. Silent drive except for the noise of the military tyres!