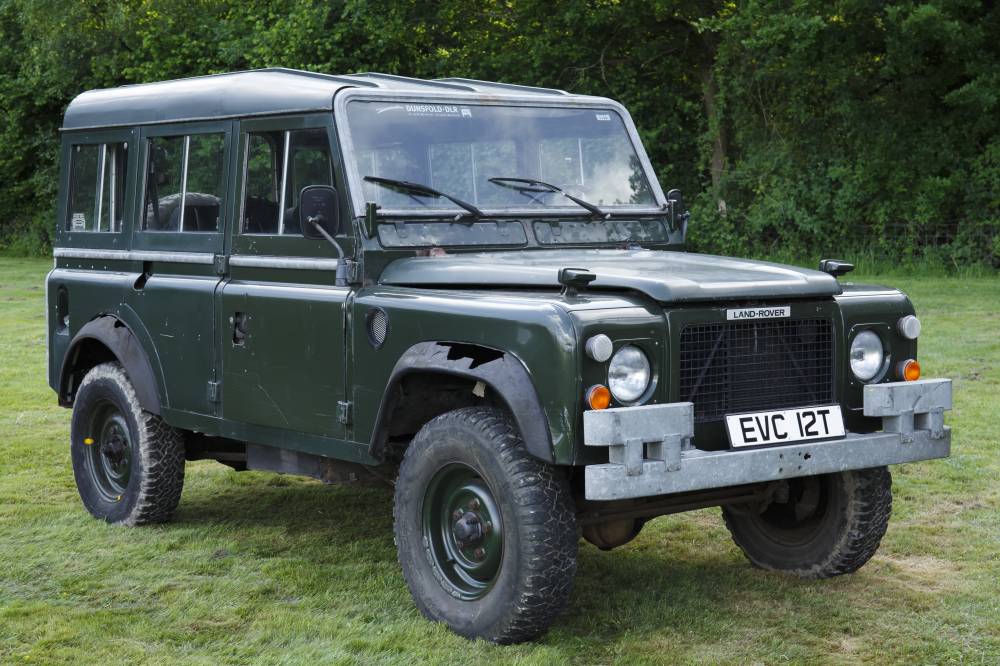 Vehicle spec:
This 100” wheelbase was one of a batch of around 15 made for the French and Swiss armies in 1978. These were only trials vehicles and were produced in many different configurations.

This one is a 3 Speed automatic with a 2.25 Petrol engine and limited slip differential. It is the only five door hard top built.

Later in the trials it was deemed necessary to meet emissions standards so 3.5 V8 EFi engines were fitted with catalytic converters on the exhausts.

The transfer box is chain driven and the vehicle is fitted with both 12 and 24V electrics. To meet Swiss traffic regulations they had to be fitted with large, one-piece windscreens, apparently to allow the driver to see the overhead traffic lights in that country!