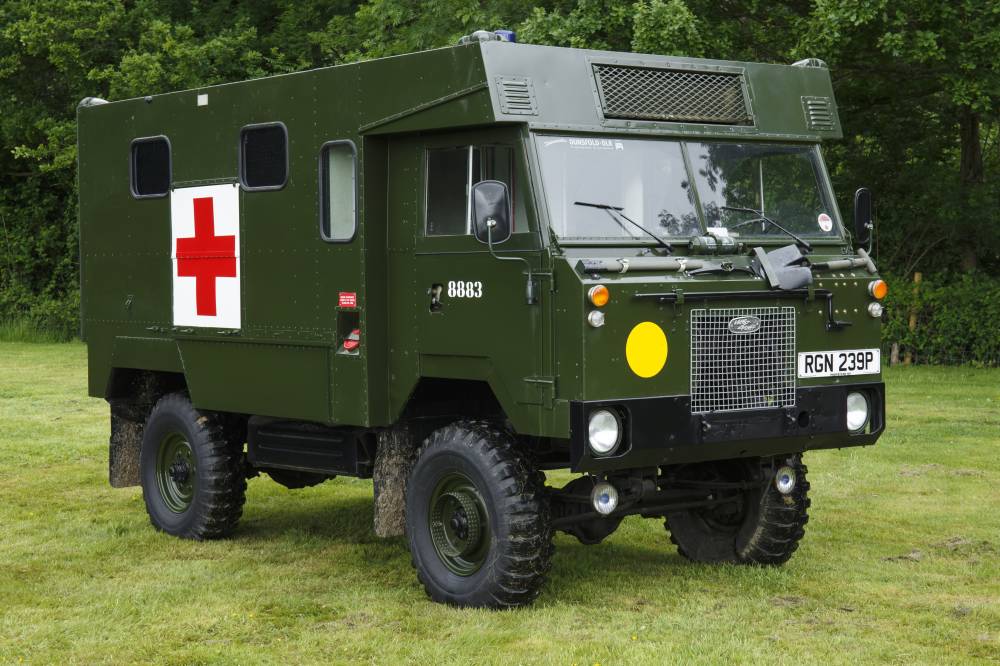 Vehicle spec:
This 101” Forward Control was one of the first to be converted to an ambulance. It is unusual in that it has air conditioning hence the large grille above the windscreen.

After initial trials it served with a Gurkha regiment. The Gurkhas took the 101 to the first Gulf War where prior to going it received a coat of sand paint. It came through undamaged and was cast for sale through the MoD disposals system.

No-one noticed its early features until we bought it from John Craddock and got it back on the road.