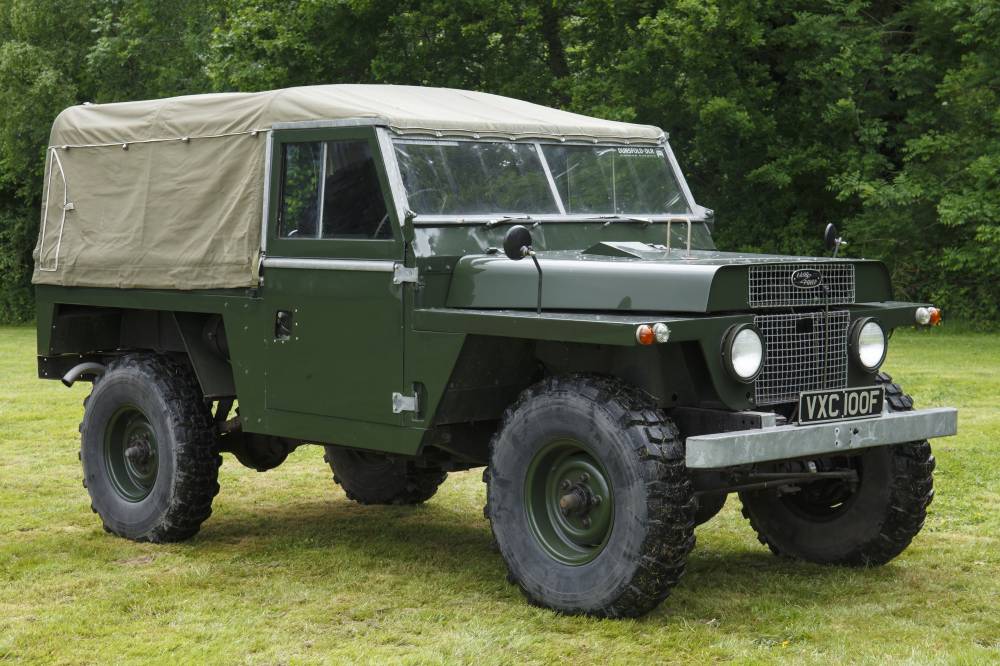 Vehicle spec:
This odd prototype was one of three built as a private venture by Rover as an air-portable gun tractor. It was also designed to tow a power-driven trailer with the 105mm Field Gun behind that – a Rover take on the old Morris ‘Quad’ which towed an ammunition limber and the 25-pound gun. These prototypes were in Rover military engineering at the same time as the 88” Half Ton and the 101” Forward Control.

The MoD eventually awarded a contract to Land Rover but it was for the 101” Forward Control rather than for this vehicle, and the project for the 110 Gun Tractor was eventually stopped in 1968.

This is the first of the three and differs slightly from the only other survivor which is number two. The gearbox is a Turner 5 speed and it has two transfer boxes to enable trailer drive in low box.

We acquired our vehicle from Land Rover in 1972 where it had been in use as a gang mower. We drove it home and from that day on we consider it to be by far the worst Land Rover to drive of any we have experienced.

A full restoration was carried out in 1994.