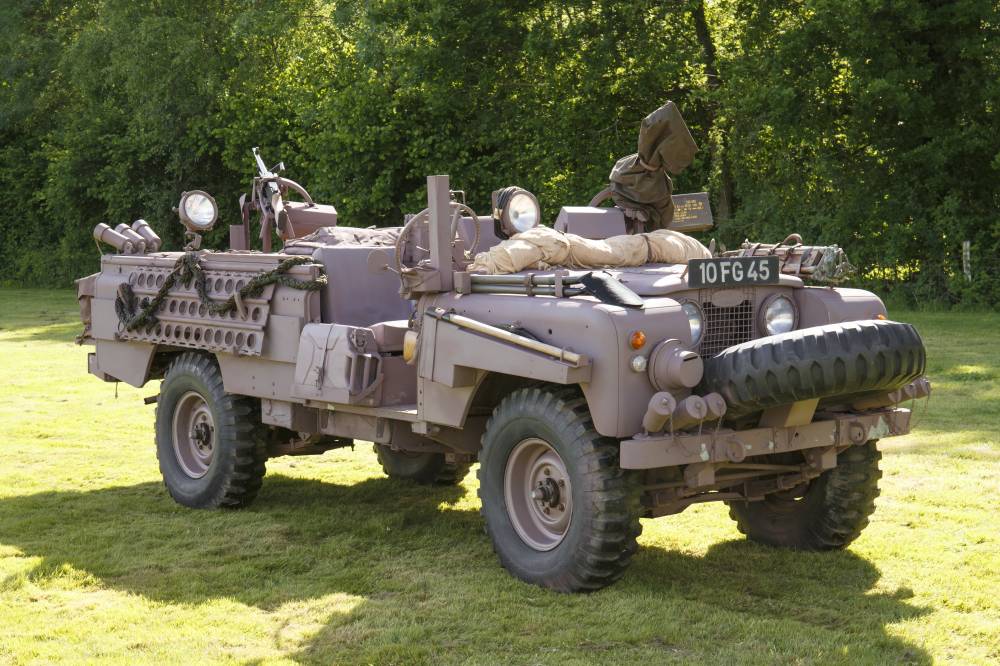 Vehicle spec:
This Series 11A 109” is one of the 72 converted to SAS specification by Marshalls of Cambridge in 1968. When new it was painted Bronze Green but would subsequently have been painted to suit the theatre of operation. Pink was found to be the most effective camouflage colour for Oman which led to the nickname ‘Pink Panther’ for these vehicles.

These vehicles were in service from 1968 until 1984 when the 110” DPV replaced them. In operational service the most common breakage was the rear half shafts.

This vehicle was on display as an air drop exhibit at RAF Lyneham until 2010.