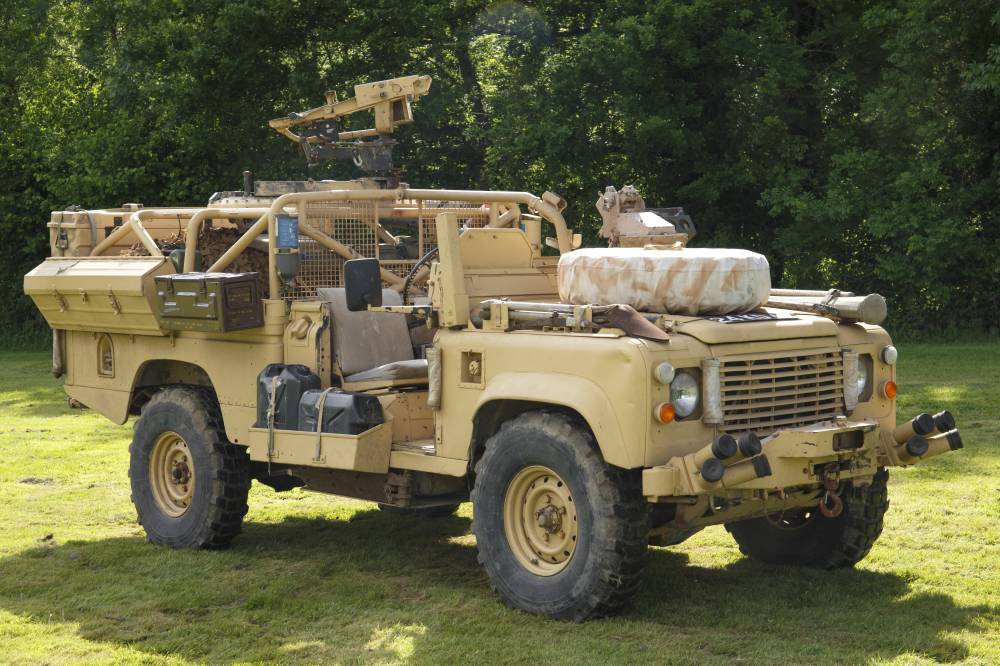 Vehicle spec:
This is one of the few surviving 110 'Pink Panthers' to have found its way into preservation. The base vehicle was built in 1984 and the original modifications were completed by Glover Webb of Hamble. The vehicles was upgraded throughout its life, with the final work being completed by Marshalls of Cambridge in 1991 which included replacement of the chassis, brake upgrades, extra fuel tanks and roll cage modifications.

When new these vehicles were painted NATO Green and equipped with full soft tops and 750.16 wheels. These vehicles ran on their limits with the amount of fuel and armaments carried and the equipment for the three crew members. The vehicles are known to have seen active service in both Gulf Wars and in other conflicts.

This vehicle came off active service in June 2005 and we have left it completely as it was when the MoD disposed of it. We are also aware of much of what it got up to during its service life, but of course we can’t discuss that!