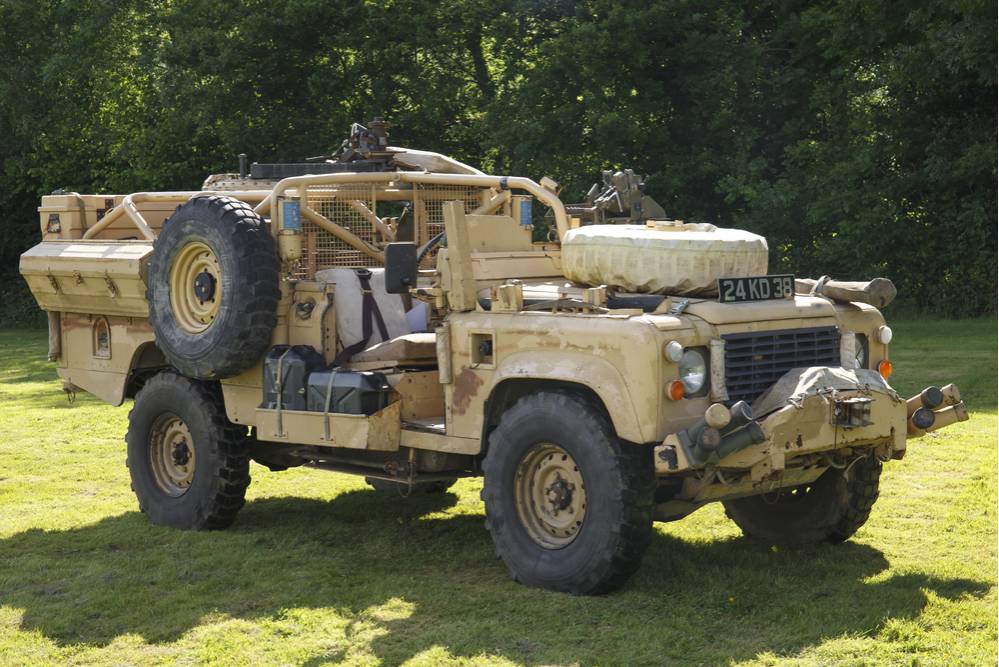 Vehicle spec:
This is one of the very few surviving 110 'Pink Panthers' to have found its way into preservation. This 110 came out of active service in June 2005 and we have maintained it exactly as it was in operational service. The public rarely saw these vehicles for obvious reasons.

The base vehicle was built in 1984 and converted by Glover Webb of Hamble. When new they were painted NATO Green and fitted with a full soft top with doors and 750.16 wheels

The vehicles were and upgraded throughout their lifetime, with the last major upgrade on this one being completed in 1991 by Marshalls of Cambridge when a replacement chassis was fitted together with brake upgrades, extra fuel tanks and modifications to the roll cage.

These vehicles ran on their limits with the amount of fuel carried plus the weaponry, ammunition and kit for the three crew members. The vehicles were active in both Gulf Wars and also in other areas of conflict.

This vehicle was loaned to Land Rover before coming to us in 2012.