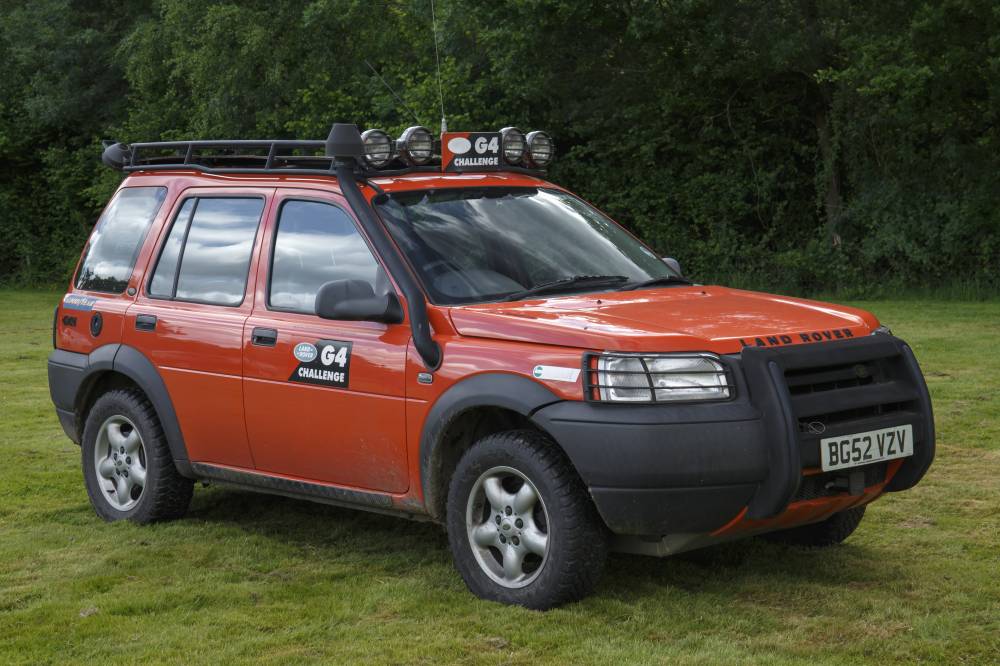 Vehicle spec:
This G4 Challenge Freelander was the photo car used to shuttle film and spare parts to the various stages of the G4 Challenge event in Australia in 2003. It has covered 12,000 miles on very hard terrain but is in immaculate condition.

Alongside its very distinctive G4 Tangiers Orange paint job and logos, it is also fitted with a roof rack and provision for demountable winches front and rear.

The Freelander was used on only one G4 Challenge event so this is already quite a rare vehicle.

The off-road tyres and roof rack make it very noisy to drive on the road, as well as playing havoc with the fuel economy!