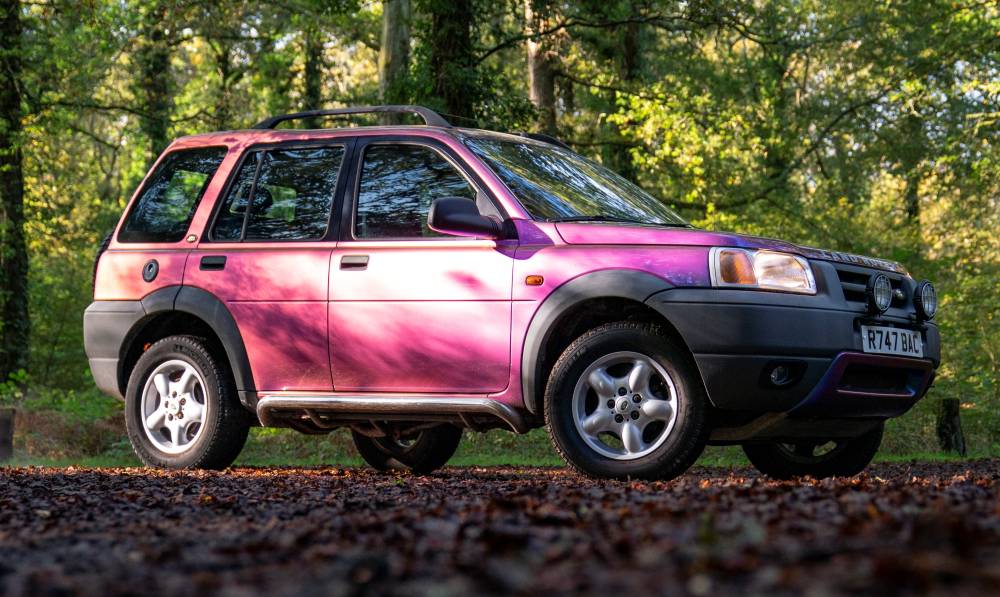 This very special Freelander is believed to be the oldest survivor on the road but it has even more claims to fame! It is one of two Pre-production vehicles that Land Rover painted by hand in a special ‘flip-tone’ paint called ‘Cleopatra’, which gave a range of colours from kingfisher blue to purple to golden bronze, depending on the angle of the light. The paint was more familiarly associated with TVR sports cars of the era.

Both vehicles were destined for the Land Rover stand at the 1997 Frankfurt Motor Show, which is where the Freelander was launched. After the show, Freelander Programme Director Dick Elsy decided to retain the 5-door as his company car and, when he left Land Rover a couple of years later to join Ford-owned Jaguar as Engineering Director, he bought the Freelander for his private collection.

It was given a cherished registration number and therefore remained unknown to enthusiasts for many years. Dick very generously donated the Freelander to the Dunsfold Collection in 2021, and it has now been reunited with its original factory registration number. It is undoubtedly an interesting and historically important survivor.