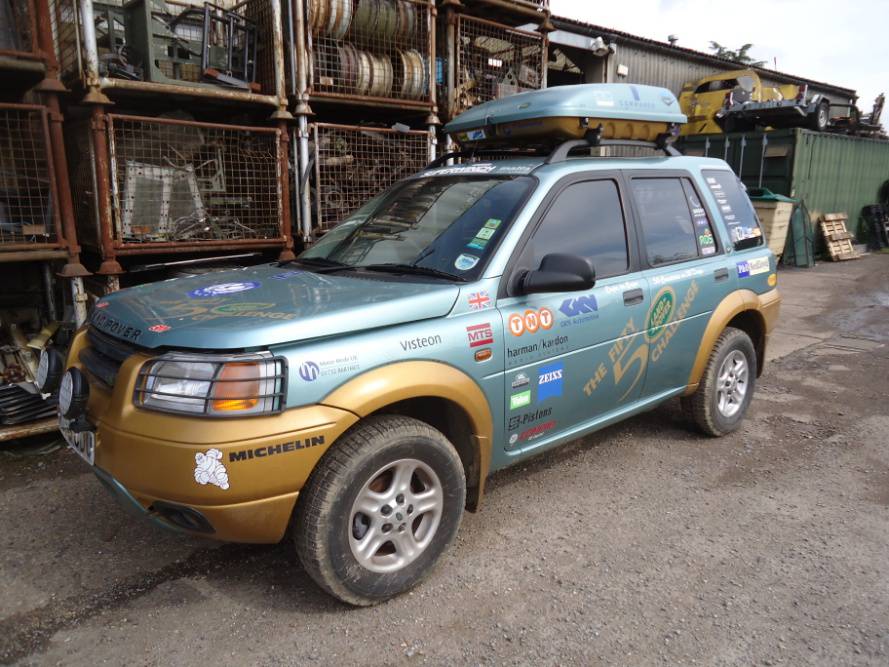 Vehicle spec:
This is a Freelander with history. It is one of three cars that participated in the ‘Fifty 50 Challenge’, an attempt to visit 50 countries in 50 days to raise money for charity, commemorate the 50th anniversary of Land Rover and to promote the launch of the new Freelander. The vehicles were to production standard with the addition of roof boxes and driving lamps and, of course, the rather special paint job! A fourth Freelander was also provided for use in promoting the event, and this show car is also in the Collection, as is the Defender 110 Support Vehicle.

The event was held in the 50th anniversary year of Land Rover and planned and executed by volunteers from with the company’s workforce. The support vehicle was nicknamed ‘Goldilocks’ by the team, while the three Freelanders were ‘Daddy Bear’, ‘Mummy Bear’ and ‘Baby Bear’.

The Fifty 50 Challenge was a success and the team managed to visit 52 countries in 50 days and a total of 57 countries by the time the expedition ended in South Africa, and raised an astonishing £200,000 for UNICEF and other charities.