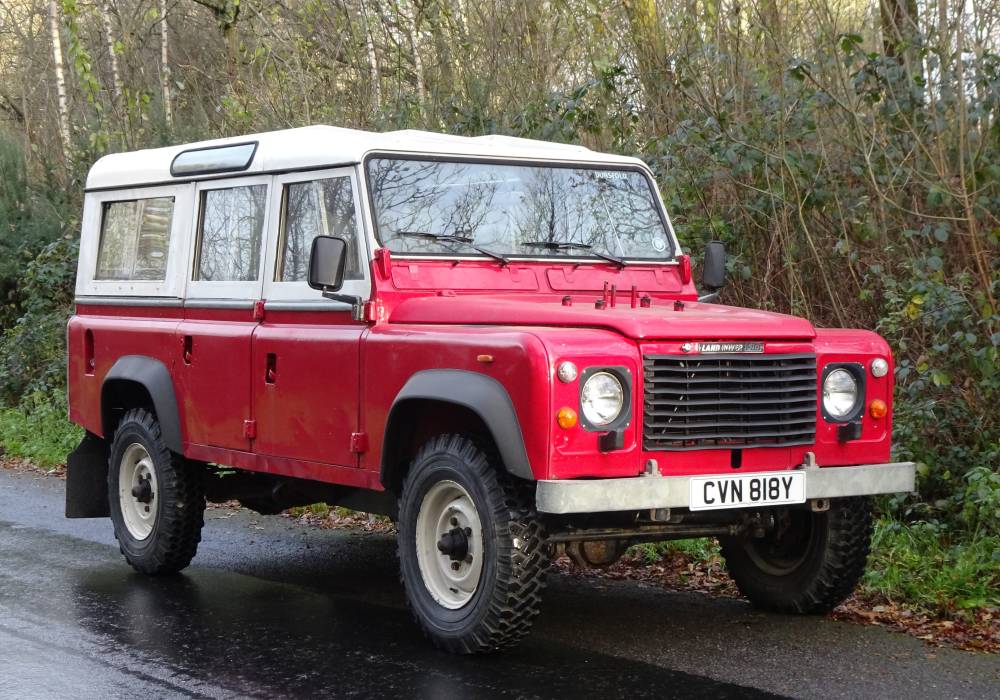 This Pre-production 110-inch was built on 2 Nov 1982 and despatched to British Leyland Italy. We think it may have been sent to Italy as a homologation vehicle ahead of the production vehicles being exported.

At one point it was owned by a hunter who painted it green inside and out. When he sold it the red and white colours were reinstated, but the back street painters who did the job can’t have bothered with the masking tape or newspaper because the extent of the overspray is unlike anything we’ve ever come across before! The underside is spot-on with barely any rust, but the rear crossmember has been tidied up quite neatly. It still has its original axles and even the red dampers are there.

The interior is scruffy but all there, and generally the vehicle is very original. There are many early Stage 2 features such as smooth dash parts, early front grille fixings on the bottom, wiper motor cover switches recessed but no 3-hole screwed-on plate, windscreen hinges have casting numbers on them, open top bulkhead outriggers, hinged rear toolbox lid, rough fibreglass heater air intake, aluminium inner wings, bumper, no black plastic headlamp tea trays and still more to discover. Note the headlamp washers and side repeaters specific to the Italian market as well. It also has the very rare selectable four-wheel drive.