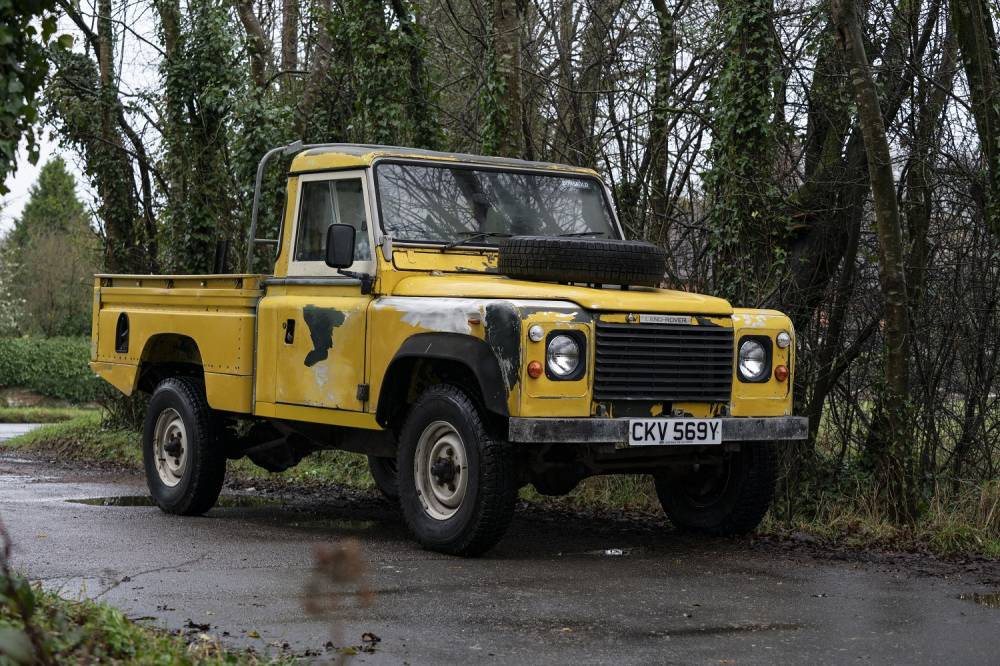 This Pre-production One-Ten Hi-Cap was built in October 1982 and despatched-out to Mr R C Holding in Land Rover’s quality department at Solihull. It was registered on 1 December 1982. The Company sold it to Bowmaker Leasing Ltd, Leeds on 9 March 1984, who had presumably acquired it for a customer who was buying it through them on a hire purchase scheme.

The identity of its first private owner is not known, but in April 1993 it was acquired by Diana Gates for use as a farm vehicle. It was rediscovered by Philip Bashall at her smallholding in Hampshire in late 2020, and subsequently acquired for the Collection.

Prior to her Diana’s ownership it lost its original engine and was given a poor-quality blow-over in dark green, much of which we have managed to remove to reveal the original Inca Yellow beneath.

The patina on this vehicle is remarkable and we are delighted to be able to preserve it exactly as it is.