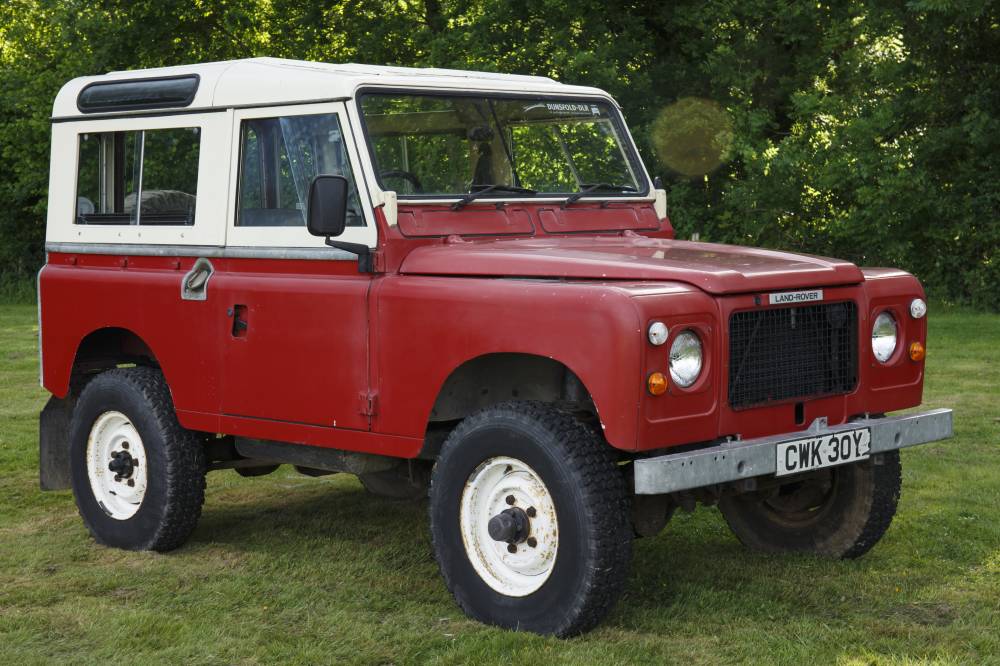 Vehicle spec:
This vehicle started life as a launch stock 110” but was later cut down to a true 90” wheelbase by Land Rover Engineering. The short wheelbase Land Rover was introduced in 1984 and is known as the ‘90’ although in fact it has a wheelbase of 92.9”, but that obviously didn’t inspire the marketing department!

The rear body on this vehicle is a Series 111 type with high fuel filler while the front end as far as the doors is standard 110”.

Apparently the wheel arches were never fitted with eyebrows and were cut out to help disguise the body style. A black tape strip was applied to the middle of the windscreen so that it appeared to be split screen Series vehicle.

All the 90” Prototypes were hand-painted all over in Army drab green and given the code numbers WD1 to WD10.  There were petrol, diesel and V8 prototypes and at least five are known to survive.