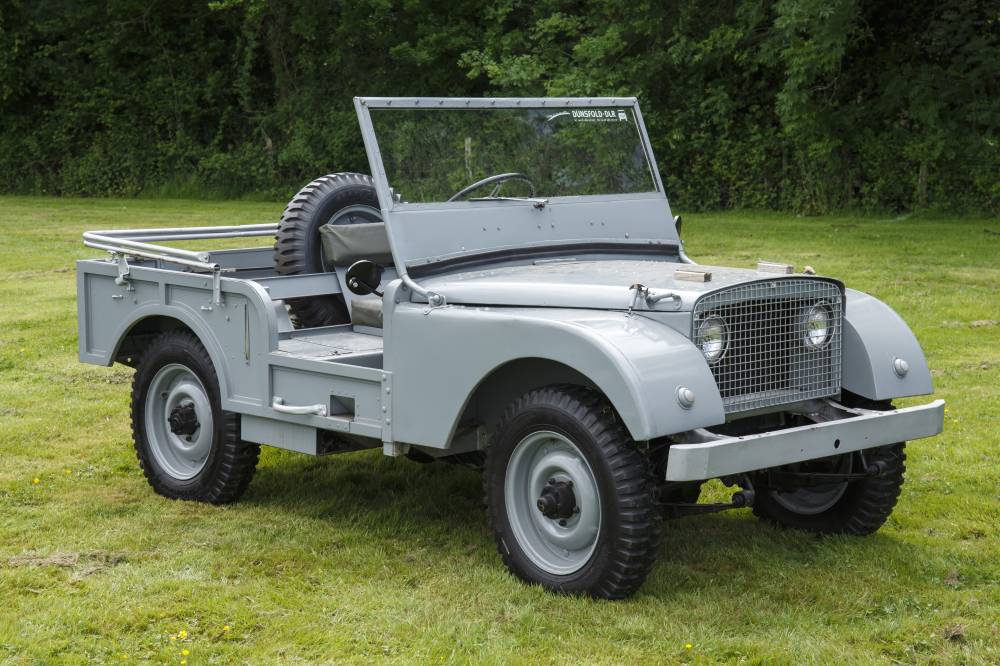 Vehicle spec:
This is a replica built in 2005 of the very first Land Rover which was built in 1947. The first car, known as the ‘Centre Steer’, was a possible answer to creating a vehicle that would serve both RHD and LHD markets. However, because the engine was mounted in the north/south position the steering layout gave very little legroom and the idea was dropped very early on. The first 80” Land Rover reverted to a normal steering layout.

In common with the original vehicle, the chassis, axles, steering and body fittings are from a Jeep – in the case of the Replica a 1942 Canadian vehicle. It was built by ‘Paintman Bill’ on a very limited budget in a lean-to shed and is a fine reproduction.

The Collection purchased the vehicle and completed a number of minor jobs to bring the vehicle into line with additional details that were uncovered when a cache of previously-unseen photographs of the original were discovered.

Only one Centre Steer was built and it remains the Holy Grail for Land Rover enthusiasts. However, the consensus is that the original was reconverted back into a Jeep and used on the Wilks family estate.