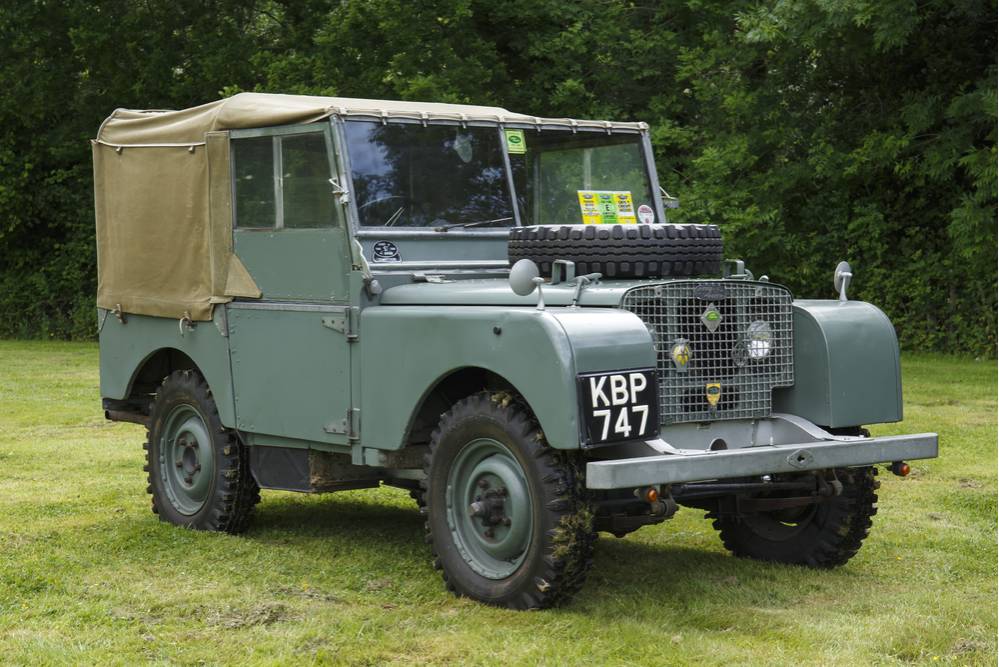 Vehicle spec:
This Series 1 Land Rover was built in October 1948 just four months after production began. It was pulled out of a shed on Dartmoor in 1988 having been standing there since its owner died in 1962.

It is a remarkably original vehicle and had covered only 32,000 miles when it was rescued. The subsequent renovation required no welding and the original chassis, engine, gearbox, wheels and body panels were saved.

Since then, KBP 747 has been used for extensive European tours including a memorable rally organised by the Swiss Automobile Club in 1998, when the car climbed 15 Swiss mountain passes, albeit at a slightly more sedate pace than most of the other entrants, who were driving sports cars.

The car is well-known among the classic racing fraternity, having been used as the tow lane vehicle at the Goodwood Revival for many years. Last year we calculated that it tow-started cars worth over £40 million during the course of the Revival weekend!