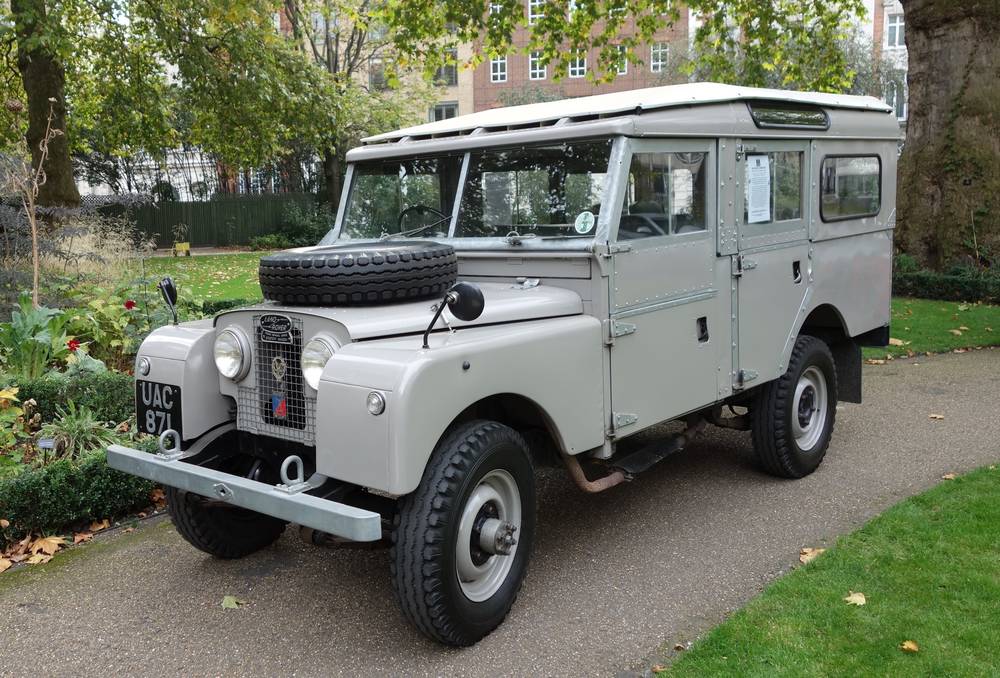 This Station Wagon was built on 19 April 1956. It was registered by the Rover Company and supplied to the Duchy of Cornwall. This vehicle, plus a sister car registered consecutively UAC 872, was used to transport Her Majesty The Queen and Prince Philip during their visit to the Duchy in 1956. We were delighted to discover some original Pathé News footage of the car taken during that royal visit.

After ten years at the Duchy the vehicle was sold to Mr David Davis of Tavistock who used it as his family’s only car until 1998, covering an astonishing 230,000 miles.

The interior trim is very rare as it was only fitted to a few of the early cars.  The vehicle is also fitted with individual rear seats which are a feature found on all the royal Land Rovers.

We were invited to display the car in the gardens of Buckingham Palace in 2014 at an event to commemorate the 150th anniversary of the Red Cross, which used a number of these vehicles in humanitarian service around the world.