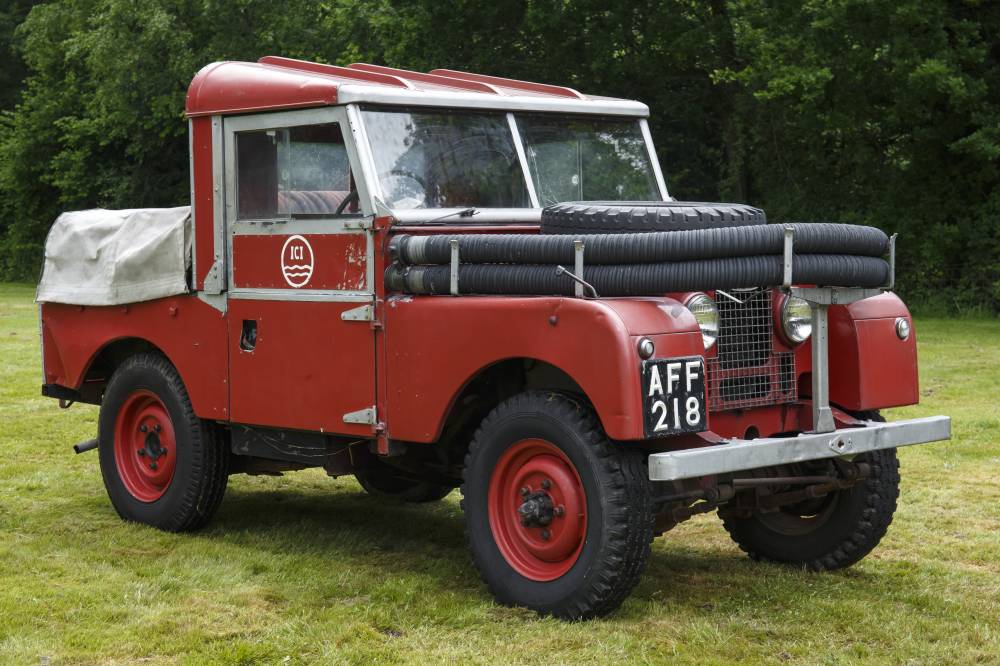 Vehicle spec:
This is a factory-built 86” fire engine from 1956. These fire tenders were built at Solihull and had a full red paint job and extras such as oil cooler and red seats.

It was purchased new by ICI for use at their underground explosives factory in Wales, and was in operational use until 1994. When the factory closed we were told of the disposal plans by ‘Land Rover World’ magazine and decided to take on the project.

An exciting tow home was had due to the water tank being full and sloshing round.

The vehicle runs and drives and even though it looks a little tired we are happy to preserve it in its original condition. It has covered very few miles and during its operational life it was always stored inside.

Most of the factory-built fire tenders were purchased by company users as cheap and capable fire trucks and helped to keep insurance costs down.