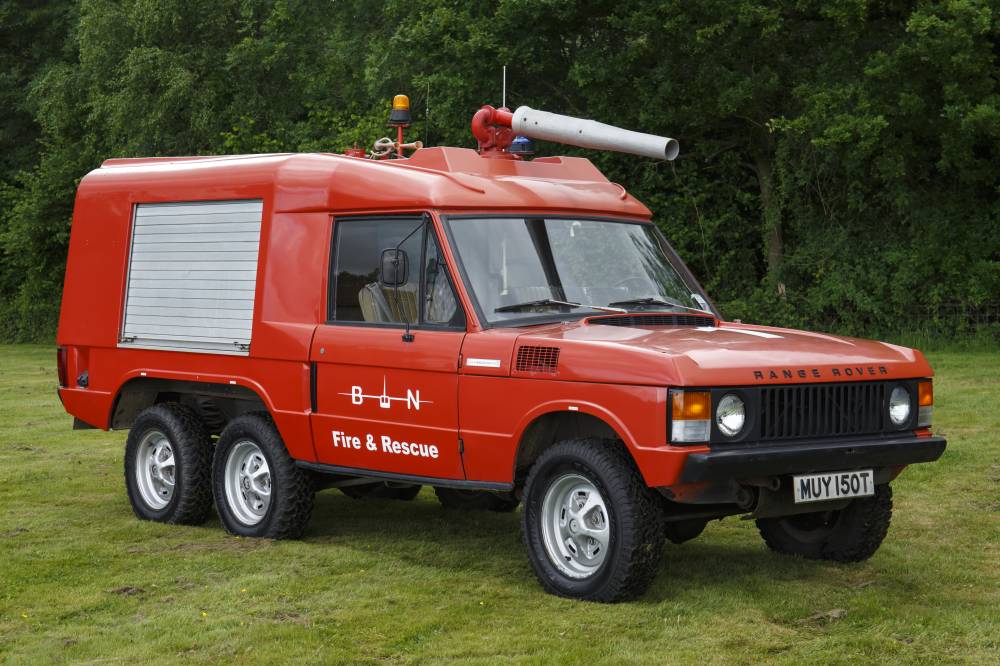 Vehicle spec:
This is a Rapid Intervention Vehicle built by Carmichael in a 6x4 axle configuration.

It is one of six LHD vehicles ordered by BAe Systems and destined for the Middle East before the order was cancelled. Carmichael used it as a demonstrator for six months and it was then purchased by Pilatus Britten Norman, manufacturers of the famous Islander and Trislander aircraft, for use at their Bembridge base on the Isle of Wight. The vehicle was one of a fleet of four at the airfield, and served until 2012 when it was the first of the four to be retired and was acquired by the Collection.

Over the years, various modifications have been carried out and it now carries 200 gallons of water and 12 gallons of foam, as well as a number of hand-held extinguishers.