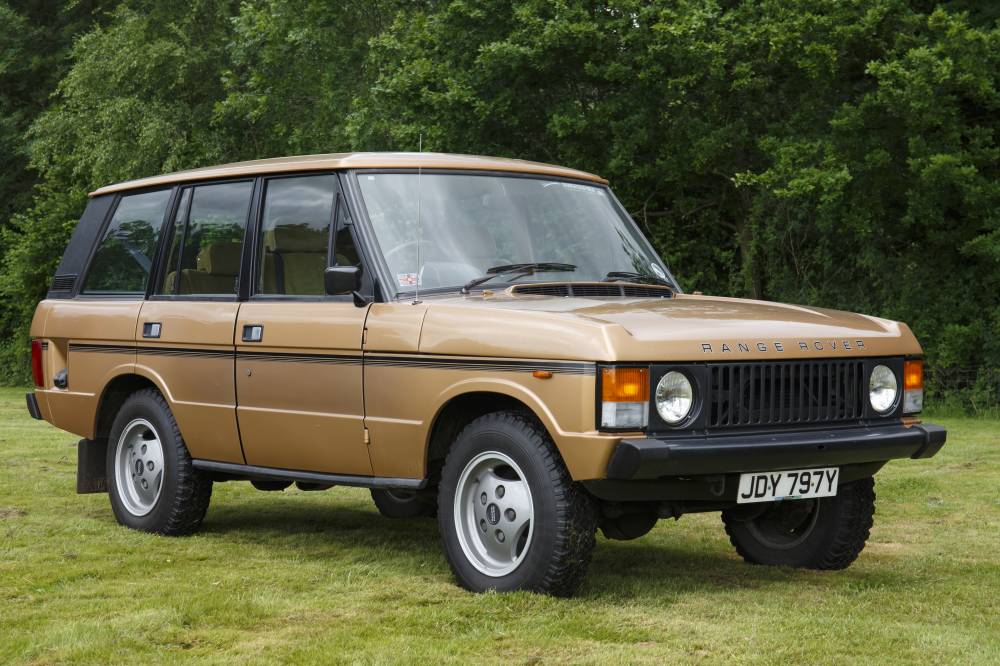 Vehicle spec:
This is a very nice, original Range Rover ‘In Vogue’ Limited Edition. Three series of In Vogues were built and this is one of the second series vehicles. The In Vogues reflect the first serious steps by Land Rover to take the Range Rover up-market and the launch of the first series 2-door in 1981 was associated with an article in 'Vogue' magazine (hence the name).

The second series In Vogues were the first Range Rovers to have automatic transmission although the three-speed was perhaps not best suited to the car. The specification included wood trim, carpets, head and arm rests and a Phillips radio. Not very impressive compared with what we have come to expect from current Range Rovers, but ground-breaking at the time.

Our example is finished in Nevada Gold which is perhaps not the most inspiring colour and might explain the seven month gap between its build and sale dates. The first owner probably got a bargain!