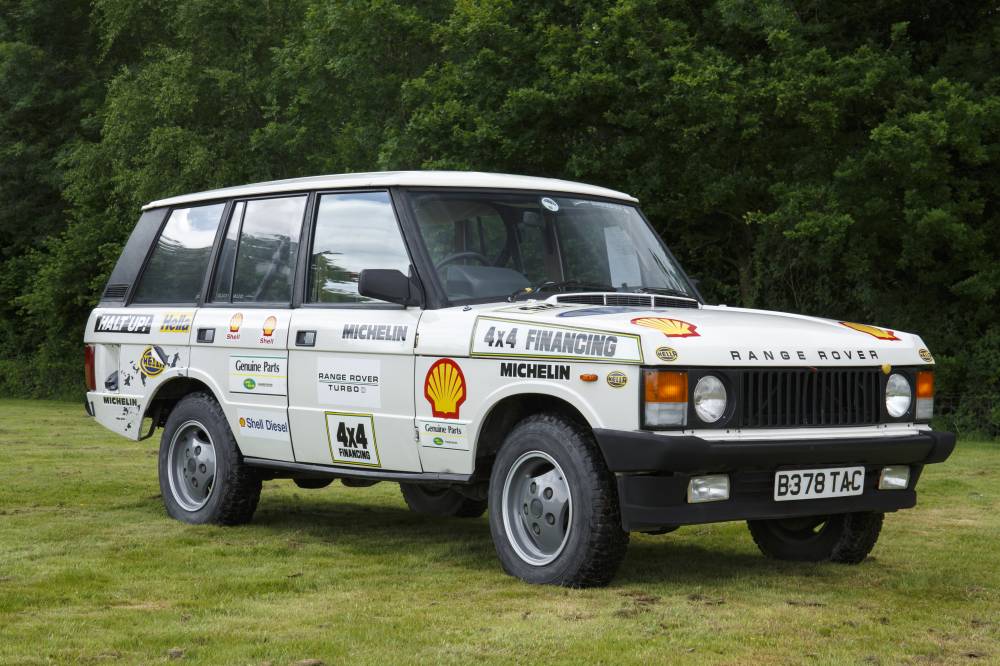 This vehicle has a very interesting history. Known as the ‘Beaver Bullet’ it was the first diesel-powered car to maintain an average speed of over 100mph for 24 hours, breaking all diesel speed records for a 4x4. Over three days in August 1986 at the MIRA test track, two diesel-powered Range Rovers took a total of 27 sprint and endurance records. This is the endurance vehicle.

The VM diesel-powered Range Rover was not received favourably by the motoring press when it was introduced, primarily because the ‘Top Gear’ show had tested a vehicle that was badly-prepared. The record-breaking initiative was Land Rover’s way of showing how capable the new vehicle actually was.

The car is in completely original and unrestored condition.