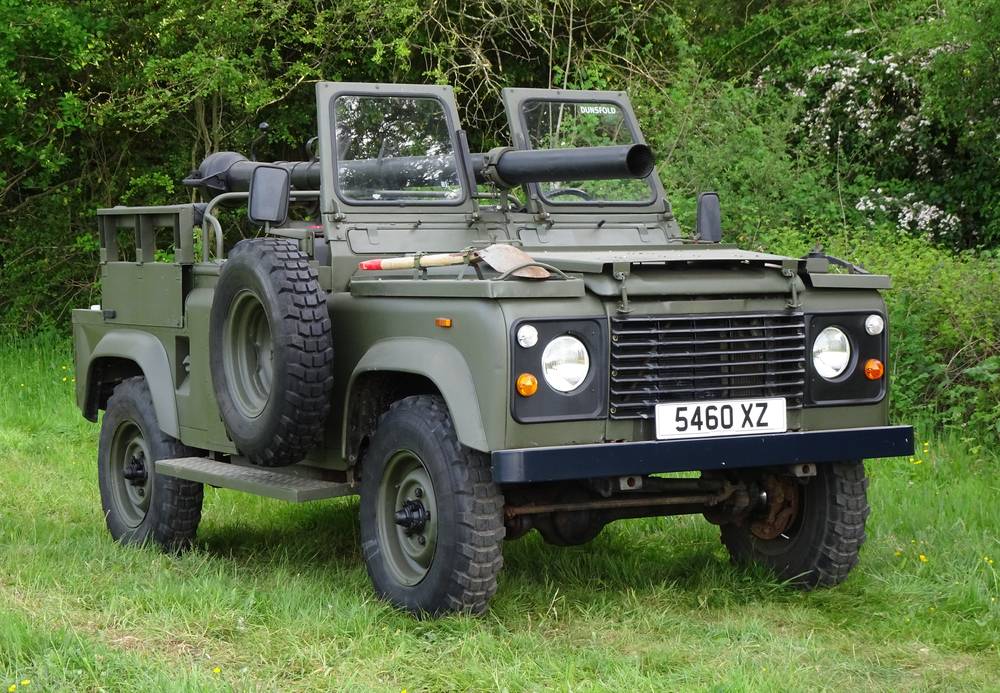 Vehicle spec:
This vehicle was built at Solihull and sent to Marshalls of Cambridge for conversion to a 106mm Recoilless Rifle Gunship for Land Rover. This weapon was a US design dating from the 1960s and still in use worldwide. It is a Bazooka-like tube which is almost as long as the vehicle.

This vehicle was demonstrated around the world and even went as far as Peru, where we believe it was involved in an accident. It was returned to the UK and sold to an owner in South Wales in 1998, minus its armament. He fitted a truck cab and a full right-hand door, but fortunately retained all the original parts. We acquired it from him via an online auction in 2013.

Ever since it joined the Collection we have been trying to source a deactivated 106mm Recoilless Rifle and finally managed to do so in early 2020. After fabricating replica mounting brackets we were able to install the Rifle and complete the vehicle.