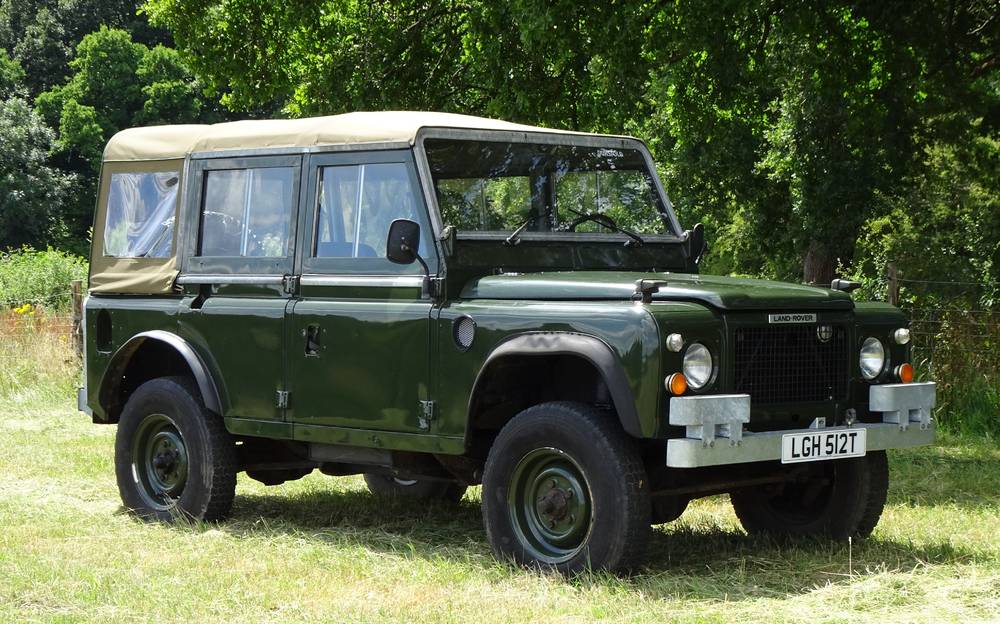 Vehicle spec:
This vehicle is from one of the batches of 100” vehicles built in 1978 with the French and Swiss armies in mind. This one is the only 4-door soft top from the early batch. Others had V8 engines and automatic transmission but this one has a prototype two and a quarter petrol engine with five main bearings, Zenith carburettor and cable throttle. The gearbox is a prototype 5 speed manual.

The middle doors are custom-made and shaped to fit around the rear wheel arch. In common with all these vehicles, this one is wired for 12V and 24V as it is believed they were intended to perform as radio or command vehicles.

All were based around the 109” Stage One V8 and some were fitted with Range Rover axles, most having a Salisbury rear differential.

Pioneer tools were stowed under the driver’s seat.