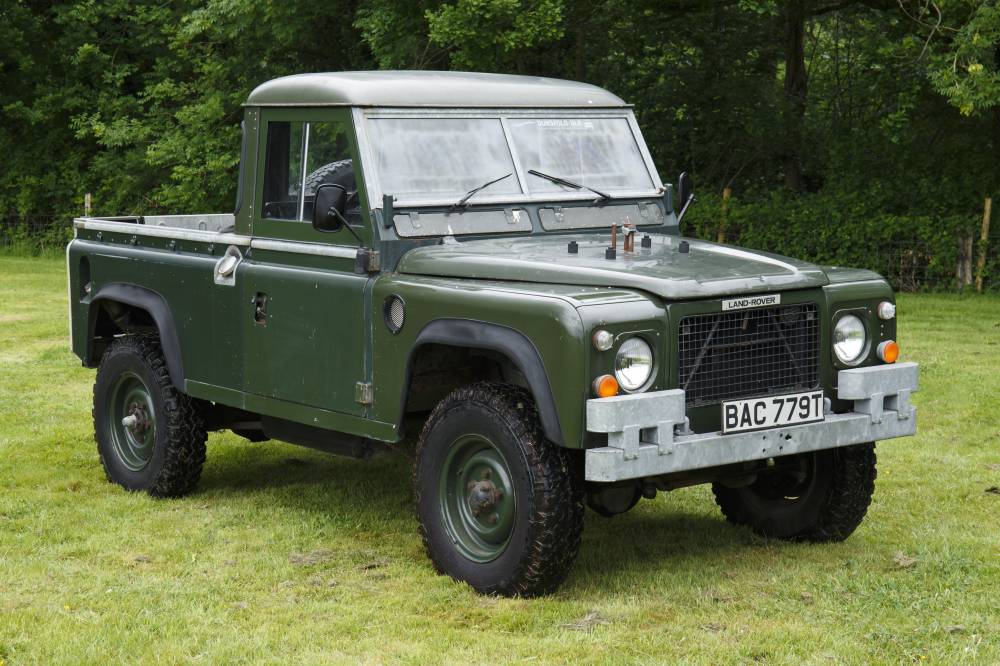 Vehicle spec:
This is one of around 25 100” prototypes built for the Swiss and French Armies in 1978. There were quite a few different body styles made including hard top, soft top and station wagon.

The chassis were a one-off for these vehicles although the axles were Range Rover items as were the engines and gearboxes.

A 24V screened electrical system was installed. Many were also fitted with automatic transmission and 2.25 petrol engines. Most had twin fuel tanks.

The 100” wheelbase is seen by many to be the optimum dimension for a Land Rover and these vehicles have inspired many enthusiasts to create their own ‘hybrids’ using a Range Rover chassis and Land Rover body panels modified to suit.