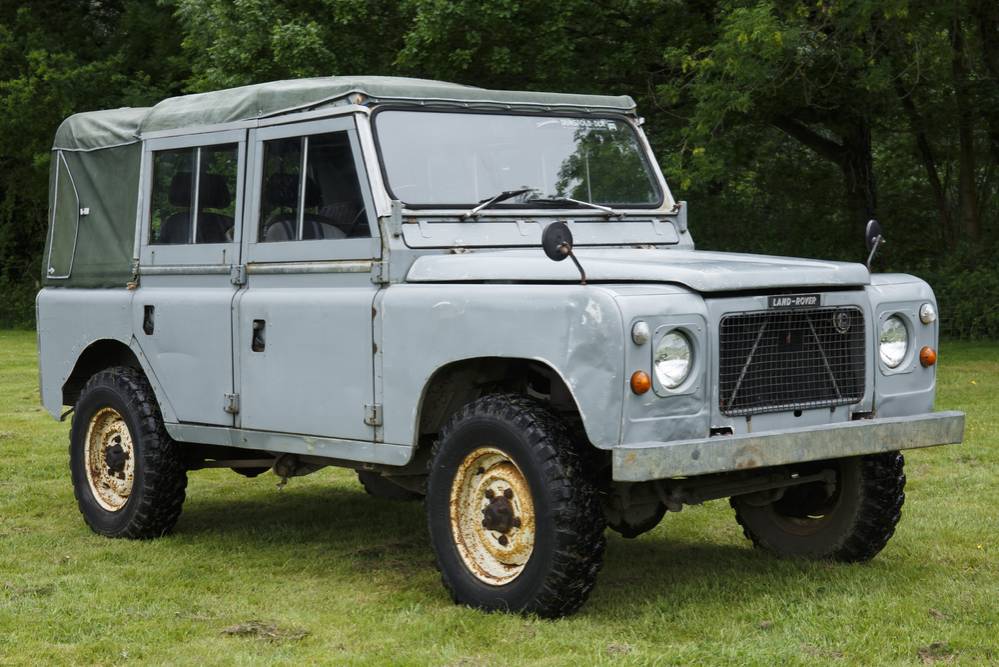 Vehicle spec:
This is one of four prototypes built on Range Rover running gear and fitted with Land Rover bodies in around 1976. These vehicles were a project led by Tom Barton and were probably the forerunners of the coil sprung 90 and 110 Land Rovers we know today. This would have been the first company-built vehicle to use coils all round.

This one is the four door 100” soft top fitted with MG export-type car seats and has a small load area at the rear.

The ‘hack’ as it was known lived at Eastnor Castle where it was used for off-road driving until declared scrap. A factory employee managed to arrange for it to be saved and it was diverted to Dunsfold in 1985.