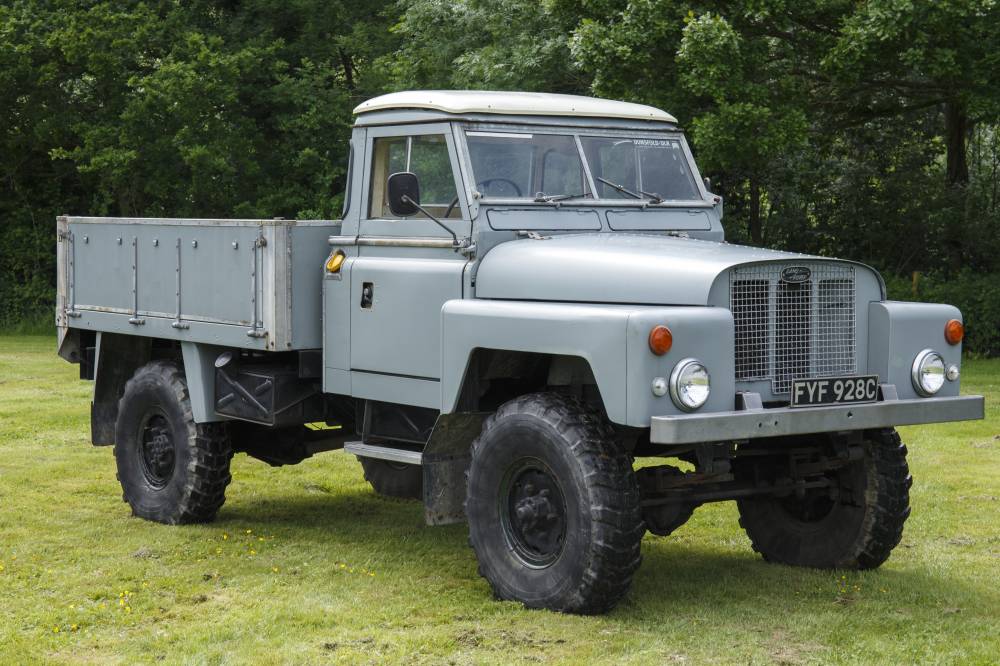 Vehicle spec:
This is one of five prototypes built for military trials for the Belgian army in the early 1960s.

The load capacity is 35cwt which, with the dropside body, made this is a very useful little truck. The engine was a 2.25 bored to 2.5 and fitted with a modified five-bearing crank and a CAV turbo and intercooler set up.

A four speed crash box with a much larger oil capacity is coupled to a special remote transfer box with a tyre inflation set up. The axles are Timken made and the only Land Rover parts on the axles are the rear wheel cylinders.

This vehicle was found in a scrap yard in Hounslow in 1968 and was quickly purchased, making it only the second vehicle acquired by the Collection.

It had a minor renovation many years ago and was put back into its original grey paint. The 1100X16 tyres are the original type. The vehicle also had a rear tilt when new.