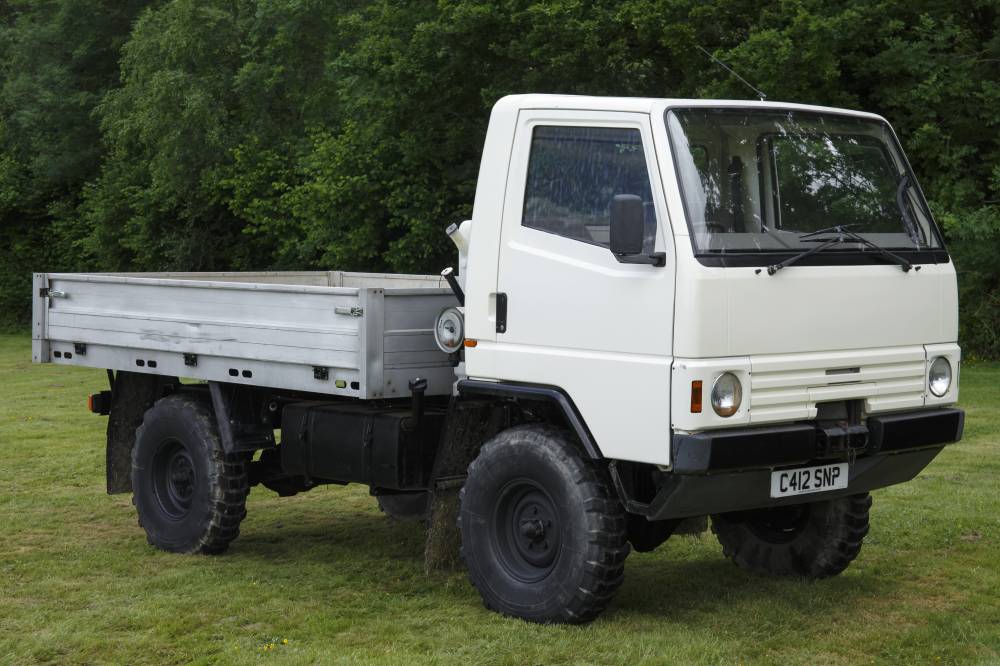 Vehicle spec:
This is the first Pre-production Land Rover Llama, an earlier mock-up on a 110” chassis having been destroyed. Ten Pre-production vehicles were built and one to full production standard. The chassis is a one-off and the axles are standard 110 but wider with a limited slip differential at the rear. The cab is fibreglass and tilts to provide access for maintenance.

Testing was carried out at Bagshot and after many hours of evaluation the concept was dropped by the MoD in favour of the Reynolds Boughton 4x4. Had Land Rover at that time had a turbo diesel engine or access to an alternative diesel engine that could have been mated to an automatic gearbox the outcome might have been different. Trials were rushed through and it is thought that the vehicles tested were simply not ready for a head-on comparison with other makes.

After the MoD trials the whole project was cancelled, which was a great shame because a little more development would have produced a superb two ton 4x4. At the moment we have problems using Llamas on the road which is why this one is rarely seen out of its pen!