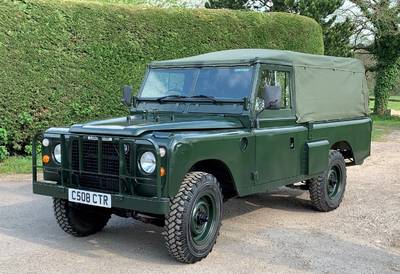 We'd like to offer our thanks to the New Zealand Army V8 Land Rover Owners Group in NZ for helping us learn more about the history of this wonderful vehicle.