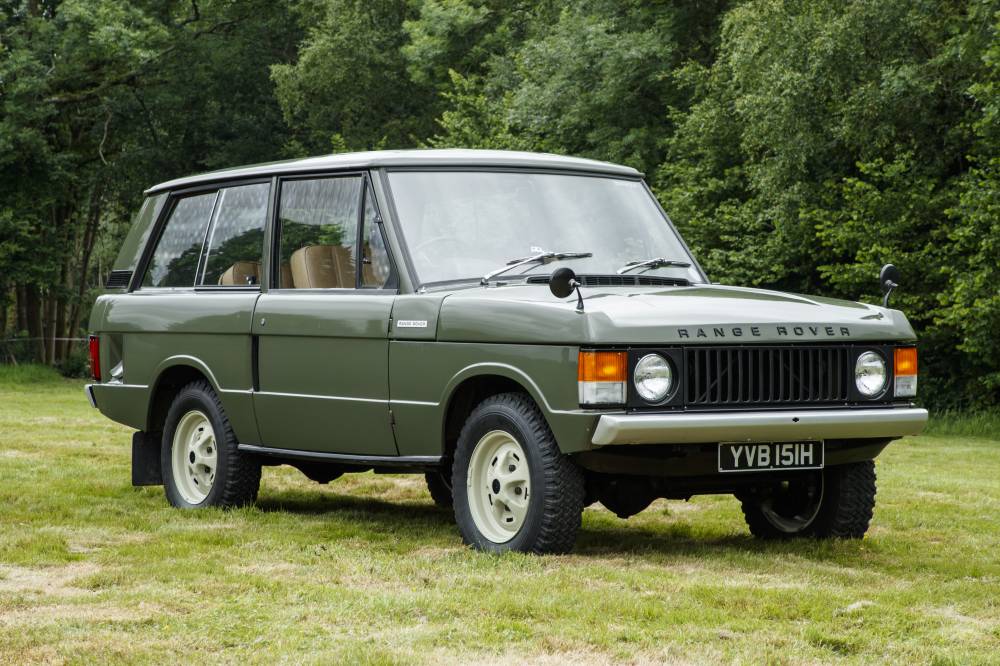 This vehicle was built in late 1969 and is the first of the Pre-production vehicles. It carries chassis number 35500001A. It was sold by the company in April 1971 to Michael Forlong who was the producer of the two Range Rover promotional films ‘A car for all reasons’ and ‘Sahara South’. It had two further owners during which time it was given a cherished number plate and then a replacement age-related plate.

It was acquired in 1985 by Chris Greenwood who, with his brother Scott, carried out a painstaking renovation retaining all the original components. In 1990 the car was acquired by Peter Garside of the Huddersfield Land Rover Centre and exhibited in the showroom, rarely venturing out other than for magazine features or film work, until being offered for sale at the Salon Privé auction in September 2014.

We are delighted to have secured the loan of this important vehicle to the Dunsfold Collection.