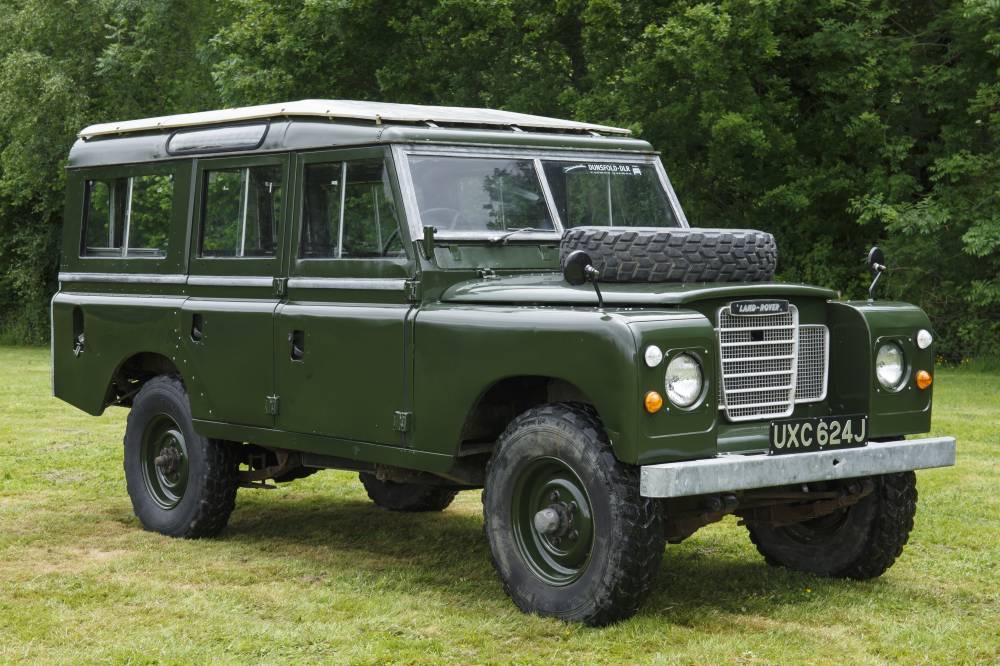 Vehicle spec:
This is one of three pre-production Series 111 vehicles built in the early 1970s. When new, the car was fitted with a prototype engine (number 3L/2.6/2) but sadly this was removed and replaced with a Perkins diesel before we acquired the vehicle. However, all the running gear is original.

It is fitted with an extra fuel tank which would suggest it was a mileage test vehicle, and it is also fitted with dual circuit brakes and heated windscreens suggesting it might have been used for cold weather testing as well.

We have heard from someone who remembers seeing the vehicle in use as a caravan tow car and painted in pastel green. A later owner was a Land Rover employee and he re-painted the car into its original Bronze Green.

The car was later sold through a 4x4 auction and was purchased by a tractor dealer who wanted the Perkins engine – a chance telephone call saved the car from being broken-up and ensured its preservation.