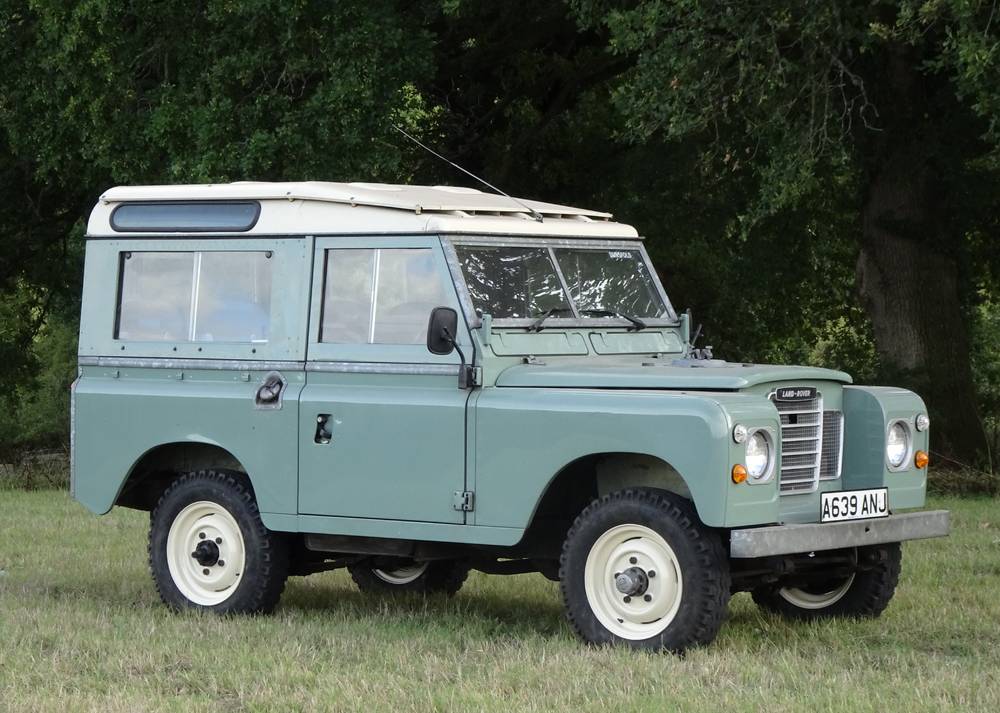 Vehicle spec:
This
is a wonderful, original example of a standard Series III 2.25 petrol Station Wagon, one of the last to be built. It was registered in Crawley by Southern Counties Garages Ltd on 21 Sep 1983 and led an extremely easy life until a change of ownership in Feb 2004. The new owner intended to do a bit of off-roading and took it to Keith Gott Ltd to have a set of chunky tyres fitted, and some other preparatory work done.

Keith realised how rare an example this was and offered to buy it, suggesting to the owner that a Defender 90 would be far more sensible! With a genuine 31,600 miles on the clock, the Series III was stored in a container until 2020 when it was offered to the Collection.

The underside is in astonishing condition with no rust, and the chassis retains its factory paint. A full brake and clutch overhaul were all it required to re-commission.  It still has the spare wheel mounted low down, which made towing awkward. Many buyers of these when they were new were caravanners, so it was not unusual to have a bonnet-mounted spare and a caravan wheel on the rear door! It still has its red Unipart dampers, an often-forgotten detail when Series III vehicles from this period are being restored.