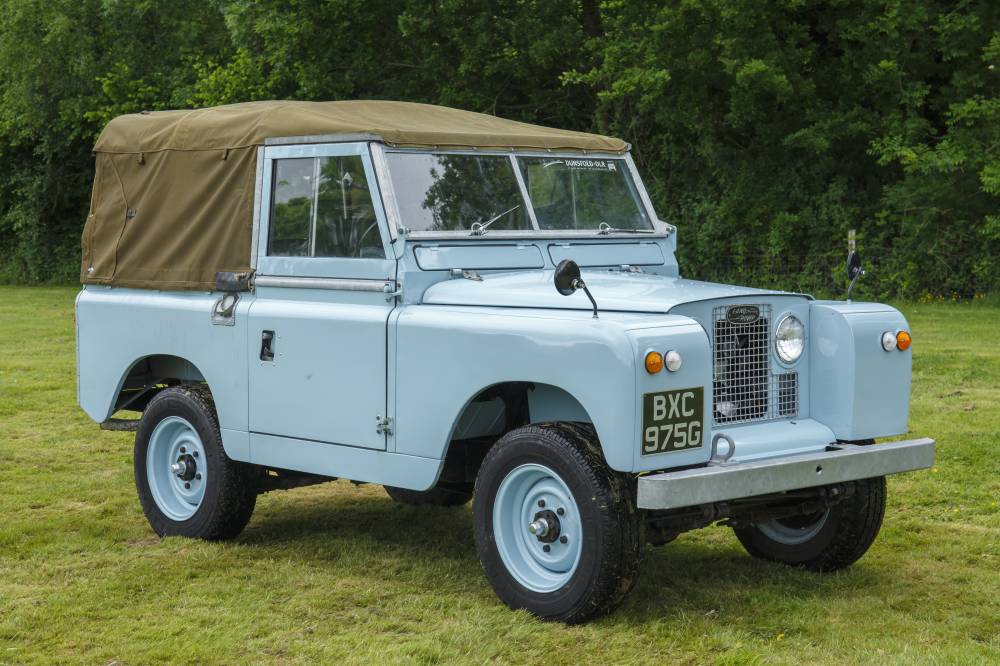 Vehicle spec:
This 88” is totally unique. It has a prototype V8 Buick engine fitted by Land Rover in 1967. The registration number is later than the vehicle build date as it ran around on trade plates prior to registration. It is one of three test-beds built for mileage testing with the V8 prior to its installation in the new Range Rover. It still retains the Series 11A crash gearbox but uses high-ratio differentials. It has larger brakes all round and radial tyres for high speed safety.

After its trial days were over it went to the test track at Gaydon where it towed a surface friction trailer for many years. At this stage it was fitted with a station wagon hard top and was painted Masai Red with the roof painted in Sahara Dust, which was apparently a paint scheme trial.

Since acquiring it, we have completed a ground-up restoration and decided to finish the vehicle as it was in the late 1960s. The light blue was never a Land Rover production colour but the three test vehicles were all paint assessment cars as well. The other two cars were broken up, making this the sole survivor of the vehicles that played an important role in the development of the Range Rover.