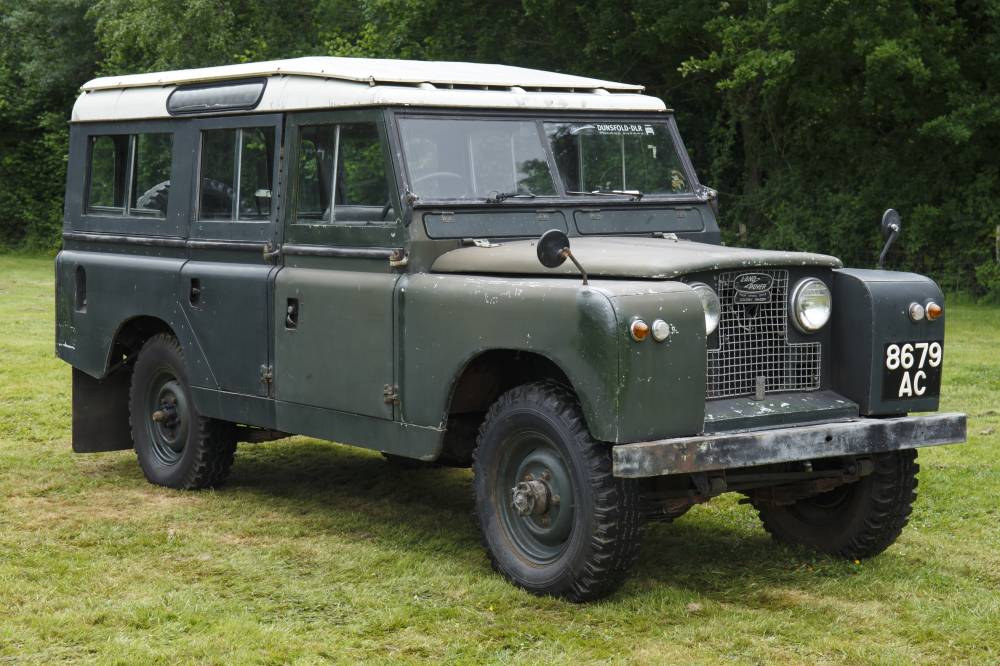 This Series 11 109” Station Wagon is RHD Export Production Number 1. It is in highly original condition and still carries its original Solihull factory registration number. It was ordered directly from the factory by Howard ‘Bill’ Mason, who worked for the Government of Northern Rhodesia Department of Forestry, and after he had taken delivery of it in the UK in August 1959, Bill had it shipped from Antwerp to Matadi in the Belgian Congo, which was at that time on the brink of civil war. Bill and his wife drove it over 2,000 miles to their home in Ndola.

We purchased it through a Wiltshire local newspaper advertisement in 1996 – it was a very pleasant surprise to discover it was chassis number 1 when we went to inspect it. We had to recover the original number plate.

We were delighted to be contacted by Bill’s children, Myles, Jackie and Lynette, who had found the car on our website, and in 2017 we were able to reunite them with the Station Wagon at our summer Land Rover Show. The story of their parents’ hazardous drive across the Belgian Congo was subsequently told in ‘Land Rover Monthly’ magazine.