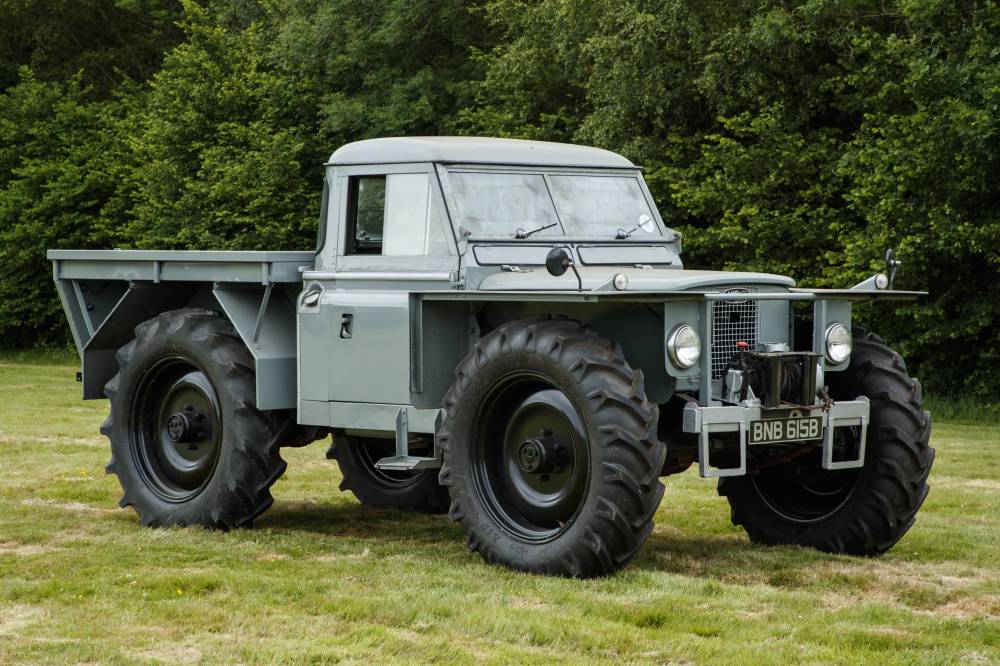 Vehicle spec:
This odd Land Rover was built by Roadless Traction of Hounslow (they mainly converted tractors to four-wheel drive) for companies needing a vehicle with superb traction and ground clearance such as the Forestry Commission.

The model was known as the ‘Forest Rover’. Most of the 20 or so built went overseas but a few stayed in the UK including this one which was purchased new by the Central Electricity Generating Board. It was collected from Hounslow in 1964 and driven 200 miles to its work site at Rhayader in Wales, were it spent its life on dam maintenance work.

It had a very bright orange paint job and had a Ministry test every year until 1987. The Dunsfold Collection acquired it in 1989. The vehicle had a partial rebuild in 2004 at the REME workshops at Bordon and we are grateful to them for their help, together with Marsland who provided a replacement chassis.