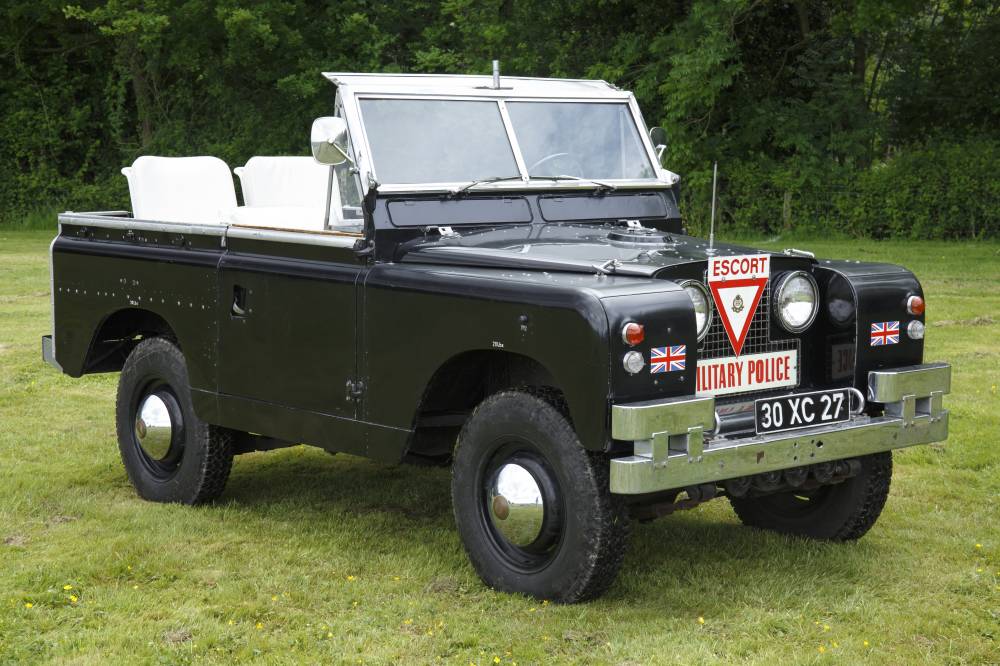 Vehicle spec:
This is a Land Rover Series 11A 88” to military specification, finished from new in Bronze Green. It was built in 1968 and issued to the BAOR (British Army on the Rhine) in Germany. Two vehicles, including this one, were subsequently modified by the Army workshops in Germany to serve as ceremonial parade vehicles. One has a rear step and handrail for standing VIPS and the other, our vehicle, was equipped to carry security personnel and was fitted for radio. Both were painted black.

Some of the modifications involved using locally-available car parts such as the hub caps and mirrors which come from the VW Beetle.

We know the vehicles were used during visits by Her Majesty The Queen and the late Queen Mother during the 1970s and 1980s.

Both vehicles remained in Germany until they were demobbed in 1993, having covered around 4,000 kilometres during their service lives.