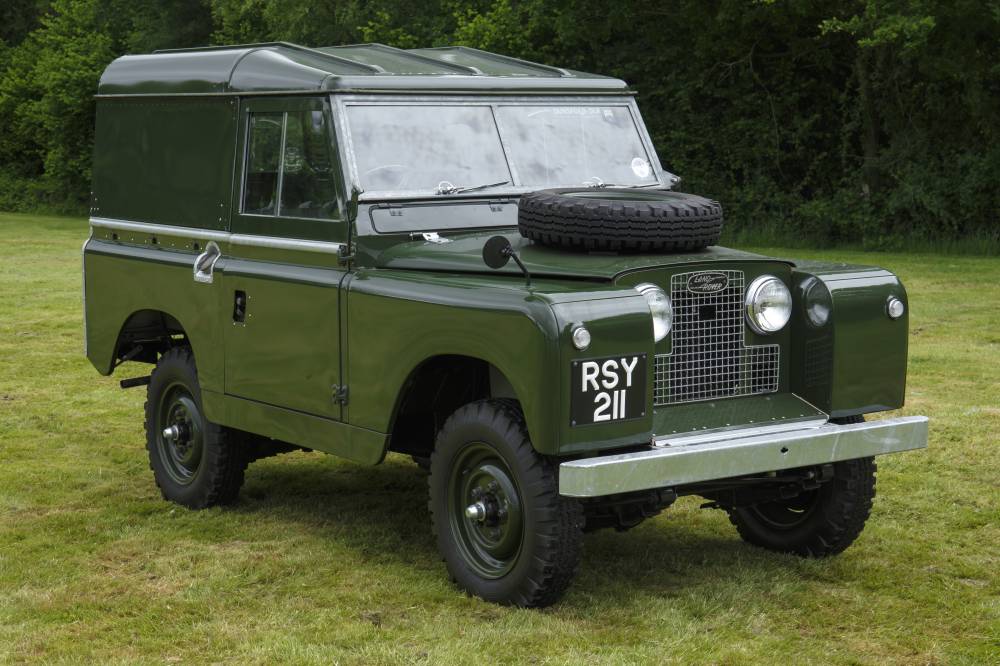 Vehicle spec:
This vehicle is one of the very early Series 11 88” which replaced the Series 1 in 1958. The 2.0 litre engine was fitted in the short wheel base for the first few months of production, while the new 109” long wheel base was fitted with the 2.25. The hardtops on these early vehicles had no rear windows and were painted body colour until well into the early 1960s.

This vehicle had a full restoration in 2011 and is one of the oldest surviving UK RHD specification cars. There are a number of early features including the door locks, door strikers, tailboard hinges, front valance and body cappings.

The vehicle was desptatched in 1958 to Midlothian in Scotland but sold unregistered to the Ipswich area two months later and after being registered in July that year was used as a garage breakdown truck. Its appears to have been used as a temporary vehicle for registration plate transfers and the DVLA records show a significant number of plate changes over the years. We believe its original number was YRT 167.