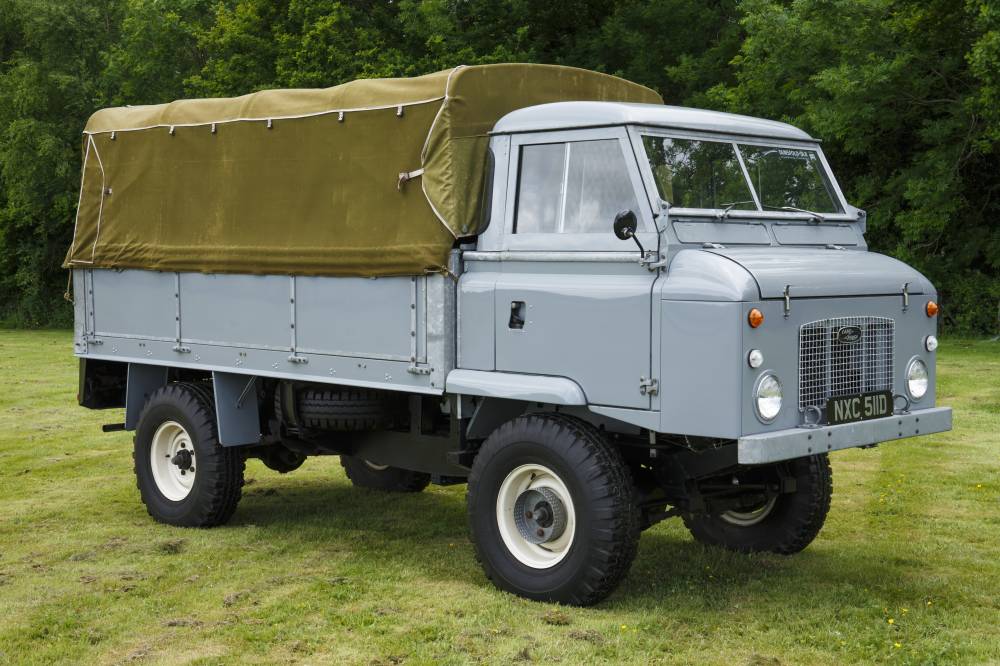 Vehicle spec:
This is the first production Series 11B 110 Forward Control. We purchased it in 2004 and carried out a full restoration to its original specification.

It was registered to the Rover Company in September 1966 and despatched to the Sales Department for use as a demonstrator. This vehicle appears in many factory films and photographs.

Of particular interest are the canvas hood and sticks, which are very rare.

The diesel engine was frankly not the best option for this vehicle, being very sluggish compared with the 2.6 six cylinder petrol – it is flat out at 45mph!