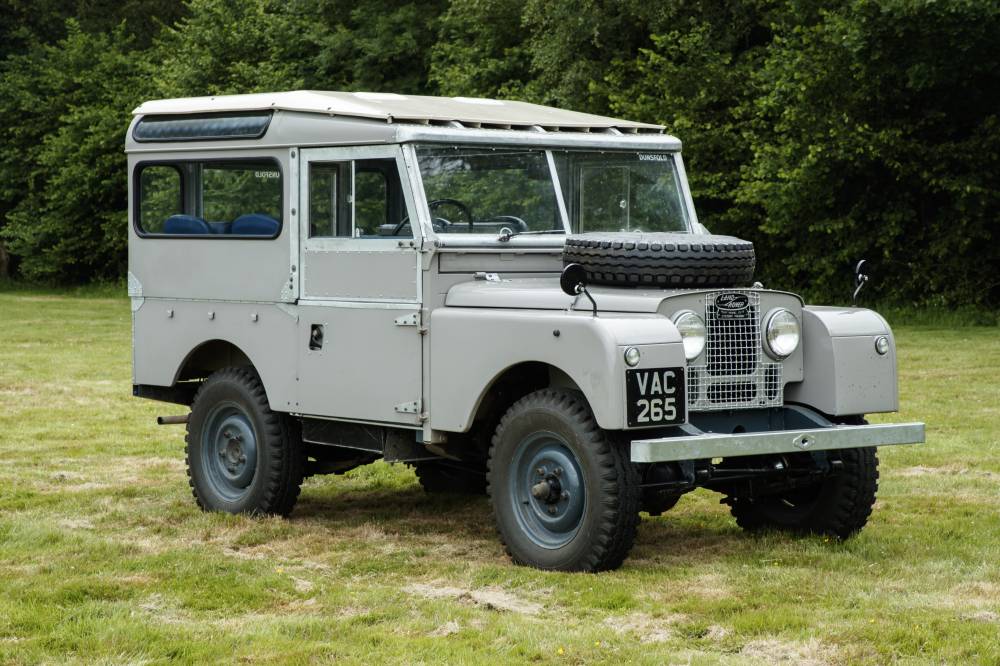 Vehicle spec:
This is a test bed for the installation of the then new 2.25 Rover car type engine. It carries an export RHD chassis number and was always a station wagon. Much is still to be discovered but we believe the vehicle ran on trade plates while testing was being carried out.

During these tests it was found that the 2.0 diesel engine fouled the front diff and this is why the 86” became the 88”. The engine fitted to this car is very close to fouling the diff but the smaller bottom pulley means there is just enough clearance.

This vehicle was built on 24 January 1956 but not registered by the factory until it was sold in November that year. This might explain why it has a blue chassis consistent with the early station wagons.

Having been supplied via Rover’s London division at Seagrove Road it lived in the Crawley area before ending up in Dorset. It was sold through an internet auction site and bought by a Norwegian collector but actually never left the UK.