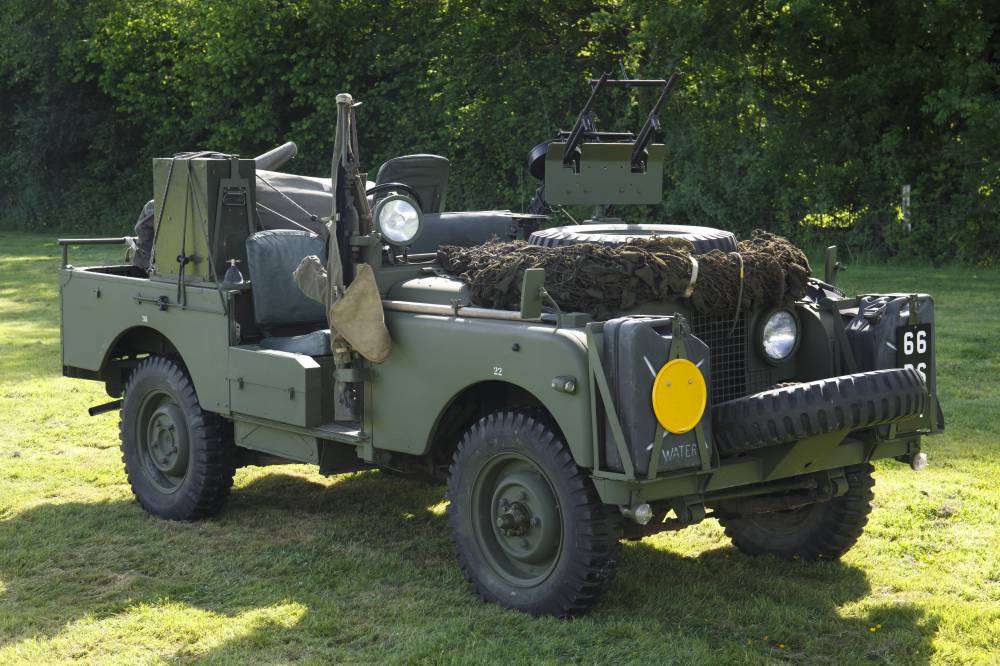 Vehicle spec:
This is one of only two genuine SAS specification Series 1 vehicles known to exist, having gone into service in March 1957. Ten of these vehicles were built including the Prototype in late 1954 which was on an 86” wheelbase while the other nine were on the 88” wheelbase.

Our vehicle was sold off in 1967 and purchased by Joe Hirsts of Andover then sold on to a film and theatre hire company. Known film appearances are ‘Digby the World’s largest dog’, ‘Dr Who’ and ‘Quatermass’ where it was painted French Blue all over! RR Motor Services in Kent then acquired it and it then passed to a Land Rover specialist in Leicestershire for £2,000 in the early 1980s.  Barry Pocock then acquired it and displayed it untouched for many years. It subsequently came to the Dunsfold Collection and after a mild tidy up and making a few missing bits it is as it is today.

The vehicle is very original and has no rust anywhere. The Speedo still reads 2,100 miles which seems to be genuine. Weapons fitted are 2 x Vickers K .303, a Bren Light Machine Gun .303 by the driver and a .30 calibre Browning  Machine Gun on the rear tailgate.