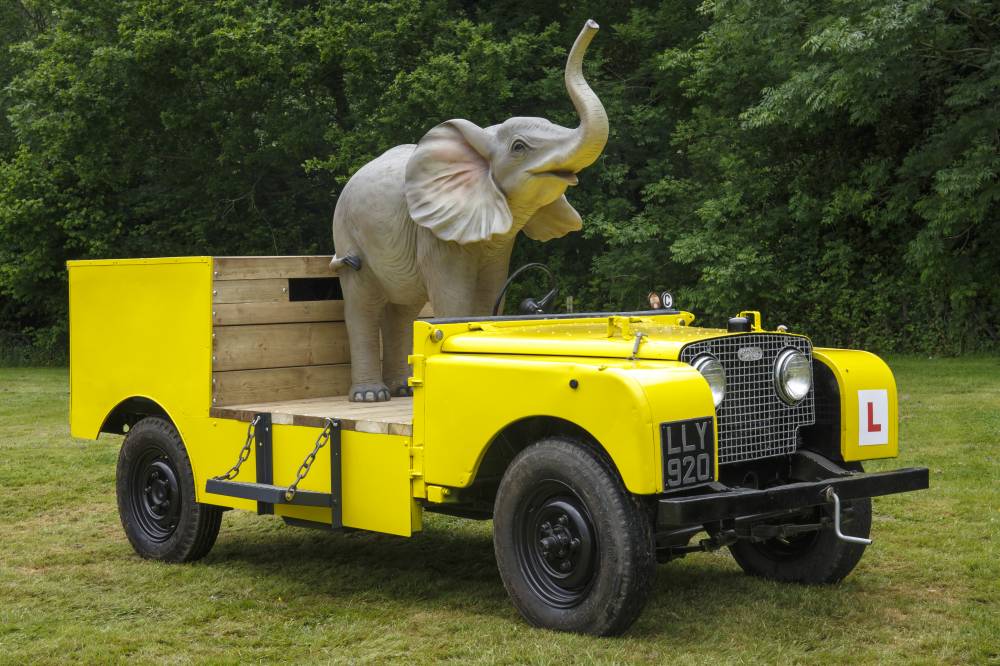 Vehicle spec:
This fascinating vehicle was built by Bertam Mills Circus in the late 1950s. It was designed to give the impression that the circus elephant, named Kam, was driving the car!

The real driver would sit in the box-like structure at the rear and control the vehicle from there using extended controls and gear linkage from, we think, a Rover P3 car. To make room for the driver it was converted to LHD to allow his feet to miss the rear diff and prop shaft (the elephant didn’t seem to mind where the wheel was located so his wheel was placed in the centre of the dash). The suspension was upgraded by fitting double coil springs and the chassis extended to make it possible for Kam to climb aboard. There were coloured lamps on the bonnet operated by the trainer who walked alongside – these apparently told Kam which side to exit from!

It was in a very derelict state when we found it but we managed to rescue most of the running gear and body lower frames when we completed the restoration.

We understand from talking to the original driver that the loaded vehicle was, not surprisingly, very heavy to drive and also had a tendency to become very wet and smelly!

Our elephant is rather smaller than Kam…