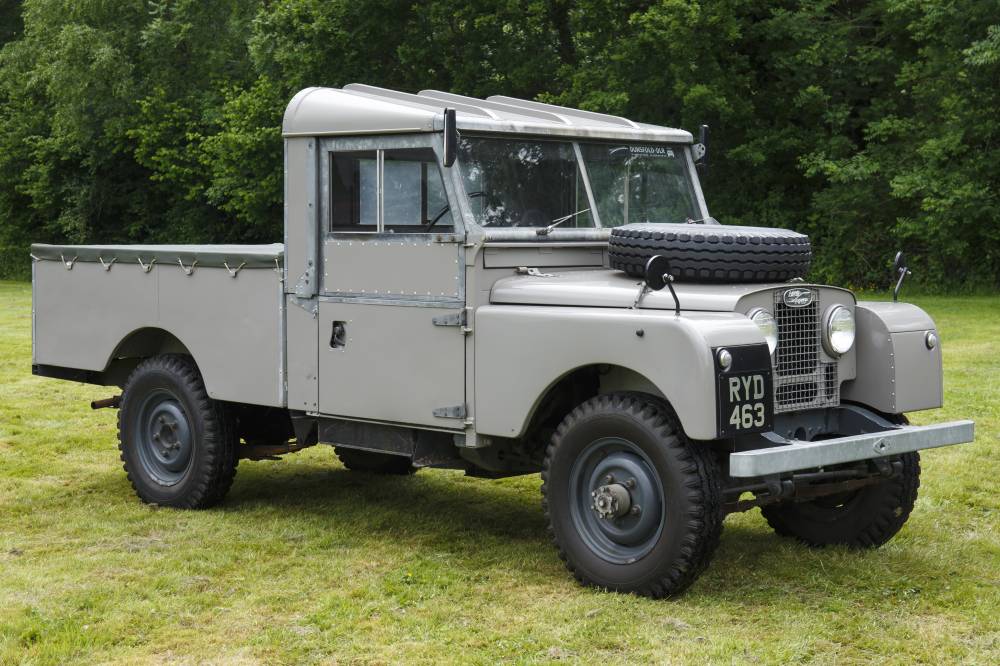 Vehicle spec:
This Land Rover Series1 107” appeared in the original Land Rover Series 1 book by James Taylor. It is a very original example but when we acquired the vehicle it had suffered from poor storage in a damp building and we decided to dismantle it for renovation. It required a new bulkhead but no welding was needed and we were able to preserve almost all of its originality.

This is an early example having ‘D’ lamps, black panel on the driver’s side for the hand-painted registration number and no rail on the truck cab for a tilt. Grey bodies had blue chassis and wheels at this time. A correct rear tonneau has been reproduced using early photographs as references, rather than the later style.

This vehicle covers many miles and has represented the Collection on numerous Series 1 Club and other events, and has proven to be very reliable.