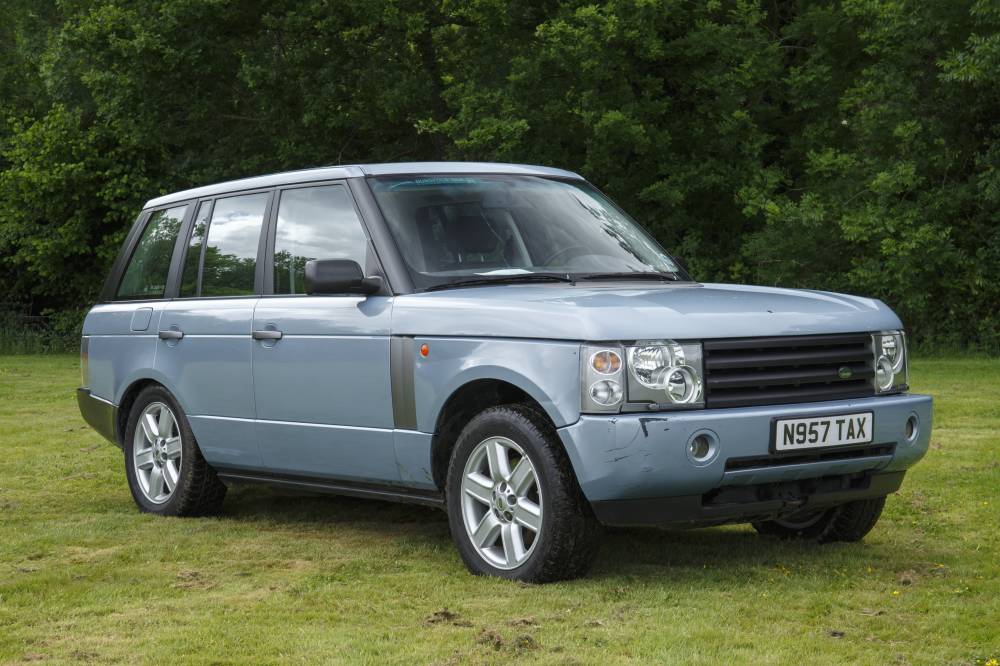 Vehicle spec:
This is possibly the only surviving prototype third-generation L322 Range Rover; generally trials vehicles such as this are scrapped.

The registration number is clearly much older than the vehicle to help disguise it while it was being tested on the road prior to the launch of the new vehicle. Similarly, the vehicle is finished in a rather dull colour to detract attention. Inside the car are the various camouflage exterior panels that were fitted to disguise the new body shape, lights and so on.

This vehicle was used to reconnoitre and test the route for the media launch event for the L322, which took place in February 2002 in Scotland. It appears to have had a very hard life off-road and has significant damage to the body and underside.

Interestingly, given Land Rover’s corporate ownership at that time, everything is marked ‘BMW’ including the keys.