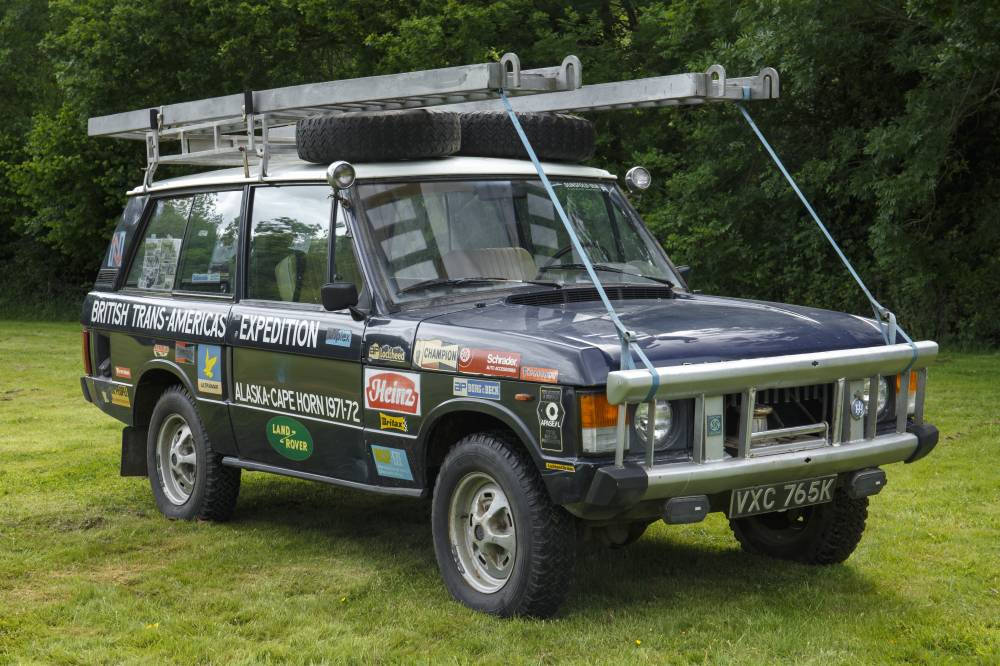 Vehicle spec:
This Range Rover is one of two supplied by Rover for the British Trans-Americas Expedition from Anchorage, Alaska to Tierra del Fuego between December 1971 and August 1972. The expedition was led by well-known explorer John Blashford-Snell and crewed by members of the 17th/21st Lancers. The route was along the 18,000 miles long Pan-American Highway but included the crossing of the infamous Darien Gap, an all but impassable section of rain forest, rivers and swamp some 250 miles in length.

The two Range Rovers were to LHD Swiss market specification and were modified by the company with roof racks, bridging ladders, capstan winches, double front bumper, single rear seat and stowage for vast amounts of equipment and supplies. The vehicles were also fitted with large off-road tyres and it was the combination of weight and tyres which caused frequent diff failures on the Darien Gap section, eventually resolved when development engineer Geof Miller flew to Panama and supervised the fitting of different tyres and the removal of much of the kit from the overloaded vehicles.

This vehicle suffered a head-on crash with a stationary truck in Canada and needed extensive repairs but went on to complete the expedition. It was rebuilt by Land Rover upon its return and was restored again in 1994 by David Cooper on behalf of the Dunsfold Collection.