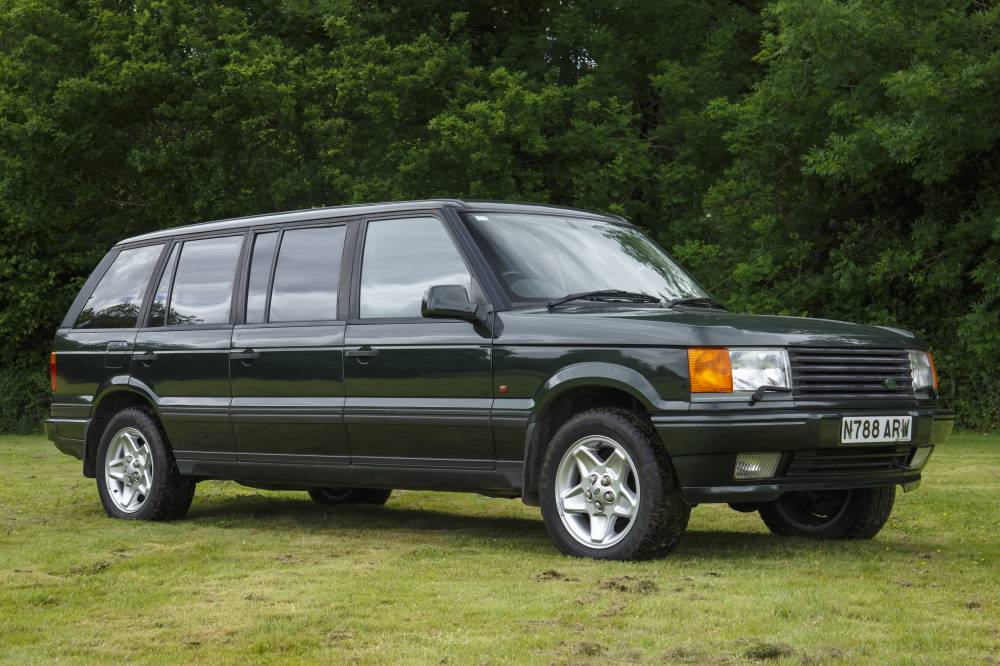 Vehicle spec:
This Range Rover started life as an Australian-spec demonstrator. After a few miles it was taken in to Land Rover Special Vehicles, cut in half and stretched to allow another pair of doors and another row of seats to be fitted.

The work was completed in time for the vehicle to be displayed at a Motor Show in the Middle East to demonstrate that the second generation P38A Range Rover was still as adaptable as the outgoing model.

The vehicle was then used for film work, appearing in a James Bond movie as M’s staff car as well as in the ‘Harbour Lights’ TV series.

Celebrities such as Ronan Keating have also used it as transport to the ‘Party in the Park’ and Elton John’s birthday party, where it stole the show.

In 2000 we managed to save this vehicle from the crusher with one week to spare. Sadly we are unable to carry passengers because of restrictions laid down by the factory when we acquired it.