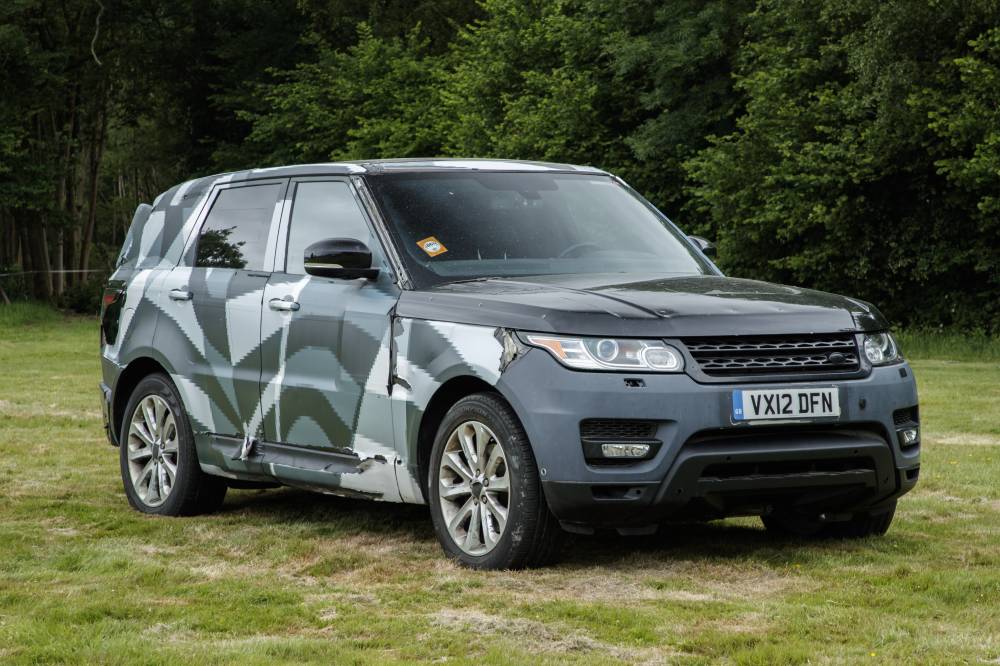 This vehicle is a Verification Prototype for the 2014 L494 Range Rover Sport. These prototypes were the first vehicles that were representative of under body, upper body, powertrain and electrical architecture.

The camouflage on this vehicle was used to protect all aspects of the new vehicle’s design and included hard panels bolted to the body to change the lines of the vehicle physically, as well as the vinyl camouflage to distort the visual appearance. Interior camouflage was also used during the VP build phase and all test engineers had to follow strict guidelines on where vehicles were driven and parked during testing to prevent close-up high resolution photographs being leaked to the media in advance of the launch.

The VP phase of vehicles are used to sign off all engineering aspects of a new Land Rover product, ranging from extreme events tests to assess durability to stability control development tests undertaken on the frozen lakes of Sweden, and high lateral μ work on the Nürburgring and in the sands of Dubai. (Don’t know what μ is? Neither did we! It is the Split Coefficient of Friction, often referred to as Mu, which is all to do with what happens to a vehicle when the road friction differs significantly between the left and the right wheelpath, caused by changes in road surface or things such as black ice).