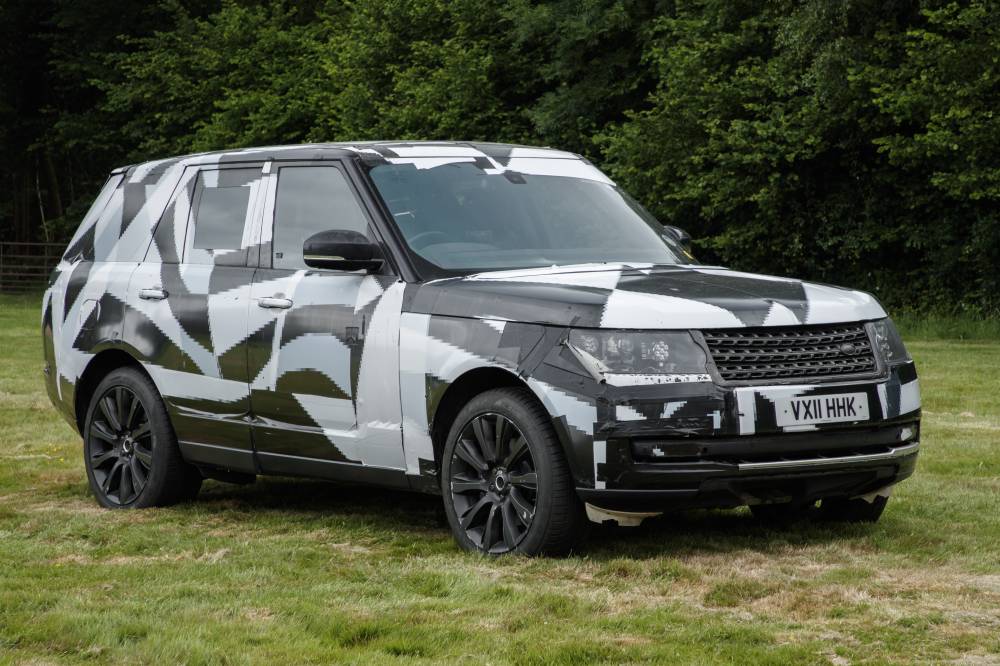 Vehicle spec:
This vehicle is a prototype fourth-generation L405 Range Rover, built to Japan market specification in August 2011. The vehicle was built during the VP (Verification Prototype) phase of the L405 development programme.

These prototypes were the first vehicles that are fully representative of the under body, upper body, powertrain and electrical architecture that would carry through to the production vehicles.

The camouflage on the vehicle is intended to protect all aspects of the new vehicle design and includes hard panels bolted to the body to physically change the lines of the vehicle, rather than relying purely on the disruptive pattern of the vinyl to distort the visual appearance. Interior camouflage is also fitted. Test engineers must follow strict procedures in terms of where the vehicle is driven and parked – there is always someone somewhere waiting to get a scoop photograph of a new model!

This car’s primary role in vehicle testing was powertrain certification for the Japan and Rest of World markets, which was conducted between August 2011 and July 2012.