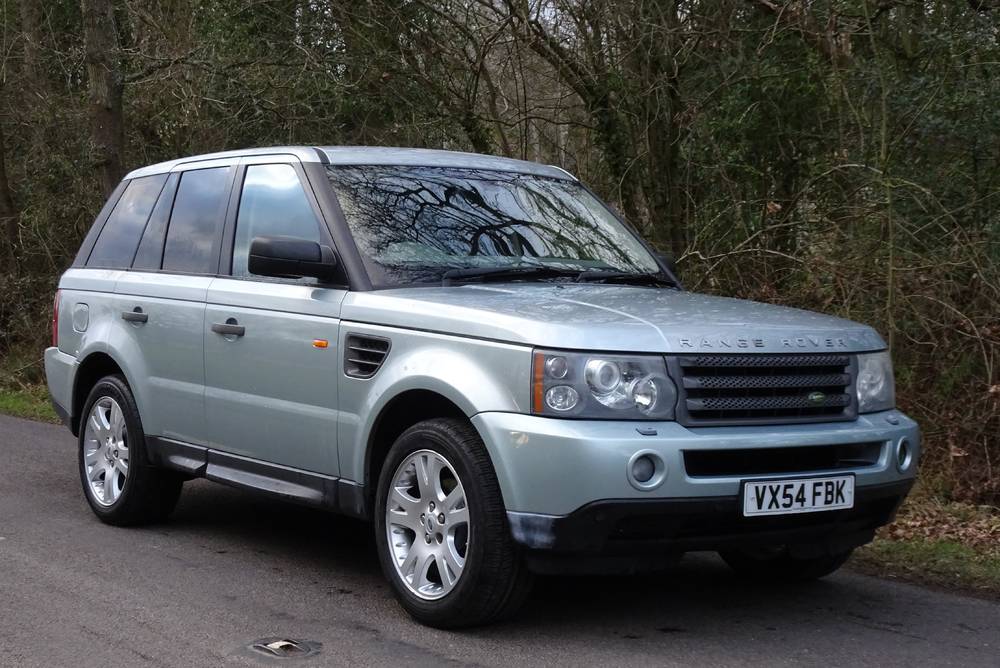 This Sport was built in February 2005 as a base model but fully-loaded with options that take it to HSE specification, although it is not actually an HSE. It was handed over to Land Rover Vehicle Operations on 12 April 2005 and appears to have been used in connection with the media launch and press drives, and we have found photographs of it in various contemporary magazine while being evaluated by journalists.

Land Rover serviced it on 19 June 2006 prior to selling it to dealer Matford Land Rover, who sold it to a new owner in Plymouth for £39,151 with 23,000 miles on the clock: quite a high mileage for a vehicle only a year old. It had two subsequent owners in Devon and Cornwall before we spotted it for sale with a dealer in Bath in February 2018. It has an extensive service history and is in very good condition apart from some surface rust underneath, which it probably acquired during its twelve years beside the sea!

Most of the launch cars carried the VX registration prefix and the first production VIN number is 900505, so this is one of the earliest Range Rover Sports still on the road.