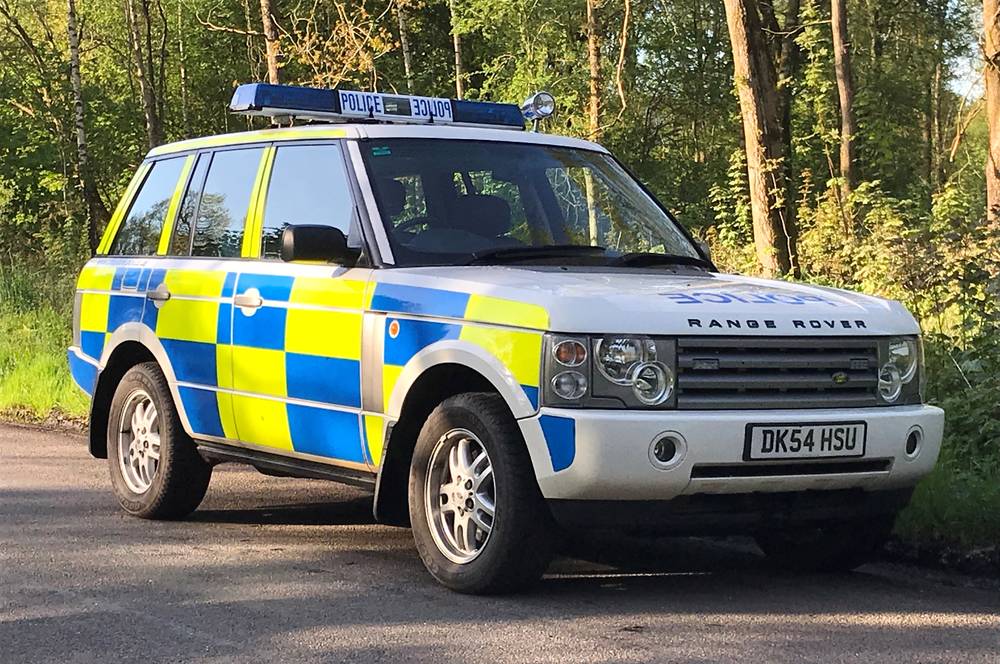 Cheshire Constabulary was only the second of the UK’s Police forces to purchase the original Range Rover, buying five in 1971 for its motorway patrol unit. The force also used the second-generation and the third-generation Range Rovers, and DK54 HSU was the last of the force’s Range Rovers, being retired in 2007.

A serving police officer who had driven it regularly during its service life campaigned for it to be preserved as an ambassador for road safety campaigns and as part of the Cheshire Police Force Museum.

He went to great lengths to ensure the vehicle was maintained exactly in its ‘in-service’ state, and it still carries its full complement of equipment for dealing with every kind of motorway emergency.